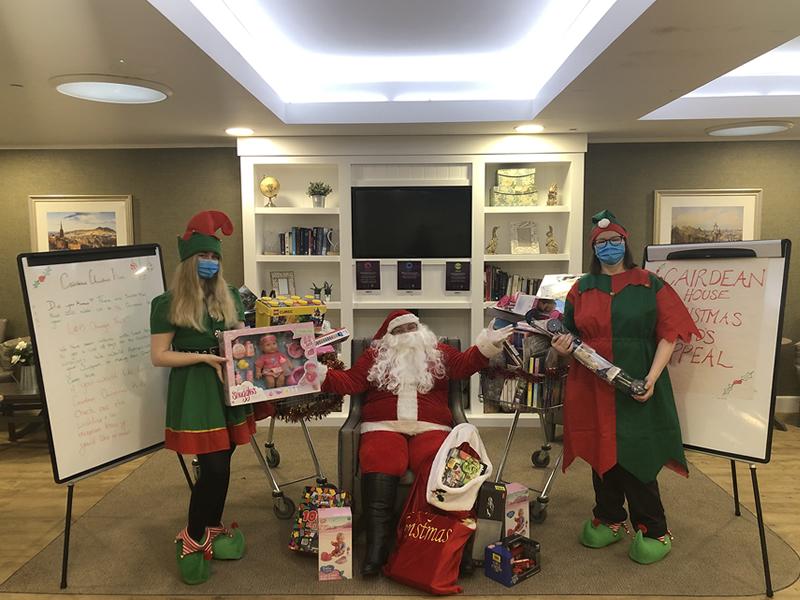 An Edinburgh care home has launched a community initiative to ensure all local children receive presents this Christmas.

Working with local schools, the team at Care UK’s Cairdean House, on Redford Road, have launched ‘Cairdean Christmas for Kids’ to ensure that children, who may otherwise go without, have something special to open on Christmas Day.

From colouring books and Lego, to pencils and playdough, members of the team have donated their own gifts to the good cause, and are now encouraging members of the local community to purchase an item from the children’s Christmas wish list, which will then be sanitised and delivered to schools by the Cairdean House team.

Since launching, the home has raised over £1,000 through its JustGiving page, and over 100 presents have been bought from the wish list so far.

Gillian Goodall, Home Manager at Cairdean House, said: “We’re thrilled to have launched ‘Cairdean Christmas for Kids’ and have been overwhelmed with the response we have had so far.

“Here at Cairdean House, we strive to play an active role in our community. After a difficult year, there are many local families that may be struggling to afford Christmas presents, and we wanted to do something to ease the pressure and bring smiles to the faces of local youngsters who may otherwise not have any presents to open.

“Whether you’re in a position to buy a few items from the wish list, or are simply able to donate a small amount to our JustGiving page, we’d love for as many local people as possible to support the initiative in any way they can.”

To find out more about how you can support Cairdean Christmas for Kids, visit the home’s Facebook page: facebook.com/CairdeanHouse

The home has set up a dedicated Amazon wish list, where local people can purchase a gift, which will be automatically delivered to, and re-distributed by Cairdean House.

Cairdean House is a modern care home which provides full-time residential, nursing and dementia care, as well as short-term respite care. Designed to enable the residents to live enjoyable and fulfilling lives, the care home has its very own cinema and hair salon, and there is plenty of space, both indoors and out, for relaxation and recreation.