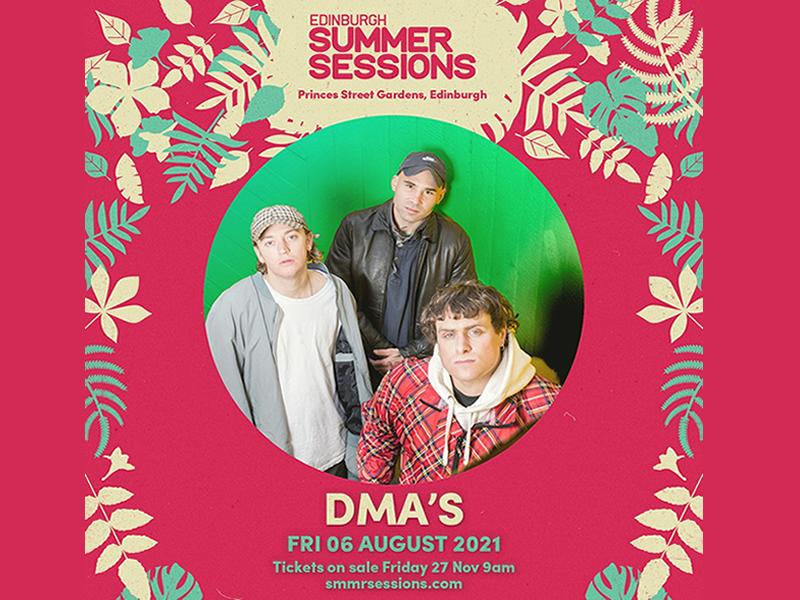 Bringing their electric live show to Princes Street Gardens, DMA’s join a line-up of iconic stars including Tom Jones, Michael Kiwanuka, Lionel Richie, Travis and Simple Minds. The Australian indie three-piece have been thoroughly embraced by UK audiences, having sold out Glasgow’s Barrowland Ballroom in 2018 and touring with the likes of Liam Gallagher and Richard Ashcroft. Following the release of their acclaimed third album earlier this year, DMA’s Friday night performance at Edinburgh Summer Sessions will be a true highlight of the summer as the band bring their Britpop inspired sound to the heart of Scotland’s capital.

The third edition of the festival pops up against the backdrop of Edinburgh Castle during the world-renowned Edinburgh International Festival, creating an atmosphere like no other, in one of the most intimate outdoor festival settings in the world. From musical icons like Tom Jones and Lionel Richie, to Mercury Prize winner and Grammy nominee Michael Kiwanuka plus hometown heroes Travis and Simple Minds, Edinburgh Summer Sessions 2021 will provide the ultimate festival experience for music fans.

Edinburgh Summer Sessions is the perfect destination for music fans next summer with the bustling city-centre location offering plenty of food, drink and activity options to create the ultimate 2021 festival experience.

An outstanding mix of stars including Paloma Faith, Florence & the Machine, CHVRCHES, Primal Scream, Madness and Lewis Capaldi are all part of the star-studded Edinburgh Summer Sessions alumni, with the festival famed for its exciting line-ups with a showstopping atmosphere, in one of the country’s most unique gig settings.