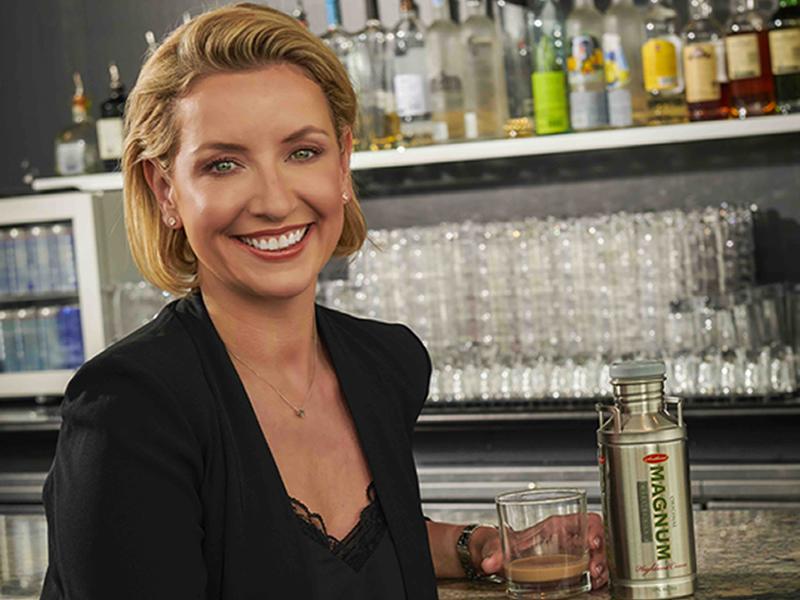 Crafted and bottled in Edinburgh, Magnum has quickly established itself as Scotland’s answer to Baileys amongst people who are attracted to its delicious taste and Scottish provenance.

Magnum is now the only cream liqueur made in Scotland using only single malt Scotch whisky rather than Irish whiskey used in Baileys.

Magnum won the gold medal for quality in the ‘Cream’ category and was the only Scottish liqueur to be featured in this year’s competition.

Hosted by The Spirits Business, The Liqueur Masters is an annual drive to find and reward the finest Craft Spirits brands on the world stage and assessed by a panel of leading spirits specialists.

The virtual tasting took place over Skype from the judges’ UK homes, including Melita Kiely, editor of The Spirits Business, and Tobias Gorn, spirits specialist, consultant and writer.

Magnum is contained in a unique, stainless steel flask, which is designed to be reusable and recyclable. The innovative packaging also keeps the liqueur chilled at the optimum temperature, without the need for ice.

Commenting on Magnum’s gold award success in the Spirits Business, Magnum Director, Lee Schofield, said: “We’re absolutely over the moon to have won our first international gold medal and be the only Scottish brand to be featured as part of The Liqueur Masters 2020.

“It’s clear that the judges and cream liqueurs fans can’t get enough of Magnum’s delicious taste and Scottish provenance. Crafted and bottled in Edinburgh, Magnum is now the only cream liqueur made in Scotland using only single malt Scotch whisky from Speyside.

“Despite the pandemic, Magnum has gone from strength to strength this year. We’re already setting our sights on growing distribution and volume in Ontario, Canada, and plan to launch Magnum in the Canadian provinces of British Columbia, Alberta and Quebec, as well as in South Africa.”

Edinburgh-based Hemisphere Brands is the global brand agent for Magnum and manage the brand from production planning through to the strategy for market entry, as well as executing the sales, marketing and distribution plan. The company is currently focusing on three of the world’s largest cream liqueur markets - UK, Canada and South Africa.

For the first time this year, people can now get their hands on Magnum’s new limited edition Christmas gift pack with free UK mainland delivery, including a 70cl bottle of Magnum, stainless steel tumbler and a pourer. Magnum’s new gift packs are now available to buy online at £29.99 per pack with free UK mainland delivery from Master of Malt (www.masterofmalt.com/liqueurs/magnum/original-magnum-cream-liqueur-gift-pack-with-tumbler-liqueur) and Royal Mile Whiskies
(www.royalmilewhiskies.com/magnum-cream-liqueur-giftpack-70cl).