This Friday is the 170th birthday of Robert Louis Stevenson and you can celebrate his birthday with two newly released audio tours of Edinburgh. 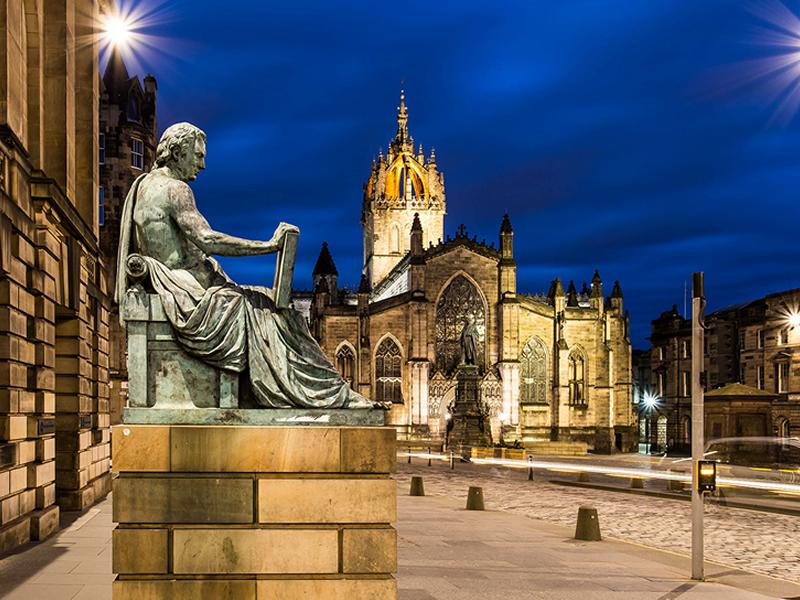 This Friday is the 170th birthday of Robert Louis Stevenson. In Edinburgh, the anniversary has been celebrated with events throughout the city since 2011, but with level three restrictions in place, RLS Day 2020 has chosen to commemorate the legendary Scottish author online. This includes a crisscrossing of the globe with readings from his work by 19 people in 15 locations, starting with his childhood in Edinburgh, as well as two newly released audio tours. The tours can be used virtually, at home, or on a self-guided, socially distanced walk in the footsteps of the young Stevenson, before he left the city of his birth at the age of 27, never to return.

“To understand Stevenson you need to stand in his shoes and follow his wanderings around the city of his birth, where he spent his formative years and which he wrote about so often,” says Stevenson biographer, Jeremy Hodges. “So much of the Edinburgh he knew remains in existence today and can be experienced.”

The two tours, which are narrated by Edinburgh-based actor John Shedden, take travellers through Stevenson’s life in Edinburgh, connecting specific places like the old Royal Infirmary, Princes Street Gardens and Edinburgh Castle to the author’s literary works. The first tour focuses on Stevenson’s childhood years in New Town while the second tour revisits his university years with a walk through the Old Town.

The tours are available through the VoiceMap app, and if they are done as self-guided walks, the audio plays automatically using GPS and includes turn-by-turn directions. This allows listeners to explore at their own pace while getting some exercise. In fact, under the city’s level three restrictions, walking is encouraged. And although many of Edinburgh’s leisure and entertainment facilities remain closed, various attractions throughout the city can still be enjoyed including St Giles Cathedral and Edinburgh University’s ‘Old Quad’ which are both stops on the tour of Stevenson’s university years.

“I chose Voicemap because of its ease of use, the professionalism of its approach and an overriding commitment to quality,” says the publisher of the two tours, Martin White, who has researched and worked on a number of projects that focus on Stevenson’s childhood. ”I hope that purchasers will be very pleased with their quality.”

How to use the tours
Download the tour in a wifi-zone to enjoy at home or on a self-guided audio tour. Simply follow the instructions below:

1. Install VoiceMap from the Apple App Store or Google Play
2. Create an account
3. Select or search for Edinburgh from the list of cities available
4. Select the tour you’d like to do and then select Download Now

Once the tour is downloaded, you can either select Continuous Play to disable the GPS playback and listen to the tour at home or select Start Now when you’re at the start location. Remember to charge your phone’s battery before you go and to bring your own headphones.

About VoiceMap
VoiceMap is a location-aware audio tour app for Android and iOS that gives you the freedom to explore at your own pace. The app uses your location to play audio automatically, at exactly the right time and place. You can start the tours whenever you’re ready and pause whenever you like. When you start moving again, playback will too. It also gives you turn-by-turn directions, making it much easier to put your phone away and immerse yourself in your surroundings, not the screen. We’ve helped passionate locals, journalists, novelists and podcasters create more than 600 tours in over 200 cities across the world.