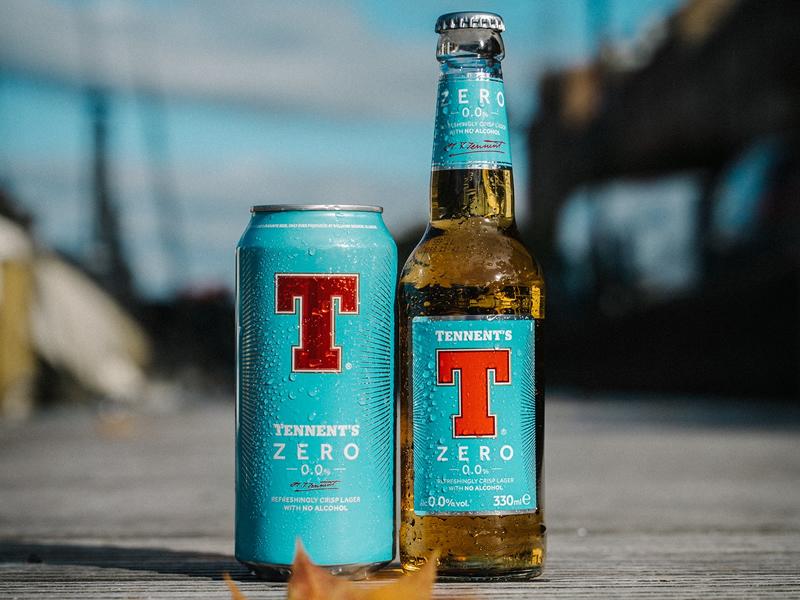 With 42% of adult drinkers looking to cut down on alcohol and 20% of adults under 25 who do not drink at all*, Tennent’s Zero will help meet increased demand for the no and low (nolo) category which is forecast to grow 81% between 2018-2022 in the UK*.

The refreshing 0.0% beer uses fresh highland water from Loch Katrine and the finest hops and Scottish barley to give it the same great flavor profile as Tennent’s Lager; the country’s top-selling beer. With just 17kcal per 100ml, Tennent’s Zero will also appeal to those looking to reduce their calorie intake which was found to be a key consideration when choosing a low/no alcohol drink in a recent study by the brewer**.

Commenting, Iain Telford, Senior Marketing Manager at Tennent’s, said: “Creating Tennent’s Zero has been like the search for the holy grail as we sought to create a 0.0% product but with all the same great taste of Tennent’s Lager. Our master brewers have spent months getting this right and we are truly delighted with the beer that we have created and can’t wait for people to try it.

“Tennent’s Zero meets the growing trends in local, authentic and moderation, whilst maintaining that all important taste thanks to the same quality Scottish ingredients that go in to Tennent’s Lager.

“We recognise that there is growing demand amongst consumers for low and no alcohol products and are excited to welcome Tennent’s Zero to our range of lagers which recently included the addition of Tennent’s Light, Scotland’s lowest calorie beer.”

Tennent’s Zero will be available in bars, supermarkets, shops and from Tennent’s online store from next week and is the first of Tennent’s smaller pack formats to be packed in card, reinforcing the brewer’s ongoing commitment to sustainability.

The new lager is the latest product from the Scottish brewer and further strengthens Tennent’s no and low alcohol offering which also includes Tennent’s Light, a 3.5% ABV beer which launched earlier this year.