Eat Out to help October

Scotland's leading suppliers and restaurants unite to support the hospitality industry by launching 'Eat Out to help October'! 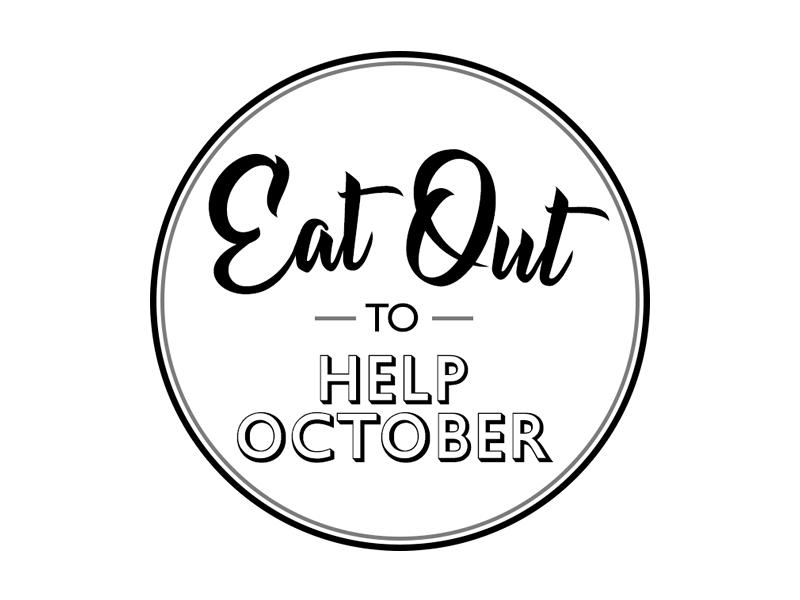 On the 1 October, several of Scotland’s leading producers and restaurants will unite to unveil their own version of the government’s ‘Eat Out to Help Out’ scheme. The innovative initiative is being spearheaded by Barry Knight, director of one of the UK’s foremost food & drink procurement companies, The Full Range, and incorporates every element of the supply chain to create lucrative deals for diners up and down Scotland at a pivotal time for the industry.

“By leveraging our unique position in the marketplace, we have been able to negotiate a support package across a wide range of suppliers and manufacturers which allow our partner restaurants to run promotions throughout the month of October, in turn, encouraging diners to eat out and sustain footfall at a particularly vulnerable time for hospitality” Barry comments.

The new scheme comes one month after the government’s pioneering ‘Eat Out to Help Out’ scheme ended. Used by diners over 100 million times, the government’s original initiative generated over £522 million in support for outlets UK-wide at a time of reduced consumer confidence and helped kick-start the hospitality industry post-lockdown.

“As we approach the winter months, hospitality businesses need assistance once again which is why we have created our own version of the scheme. We have worked behind the scenes to generate additional support from a range of suppliers and manufacturers across Scotland, allowing outlets to offer their customers great deals which will help secure additional spend across the entire supply chain” Barry continues.

It is hoped that the initiative – which will be open to both eat-in or takeaway outlets – will help areas that didn’t benefit first time round due to local lockdowns and take away businesses who were limited to which offers they could include in the deal.

To keep abreast of further participating restaurants, you can visit the dedicated Eat Out to Help October website which is being regularly updated.