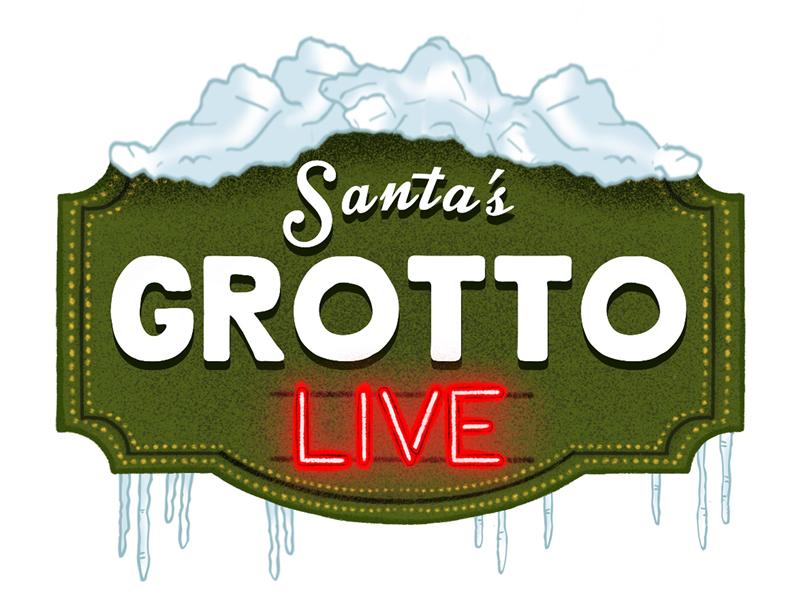 Families unable to enjoy a traditional trip to see Father Christmas in person can still spend some magical time with the big man himself, all from the safety of their own homes, with the launch of Santa’s Grotto Live.

The brand new online Santa experience promises to be the most magical video call of the year, offering children a contact-free way to tell St Nick what is on their Christmas lists. It is sure to bring a smile to the faces of youngsters up and down the country after what has been a challenging year for many.

Social distancing measures have forced many popular venues, shops and garden centres across the UK to cancel plans to host Father Christmas in person this year. So Santa’s Grotto Live aims to make sure children don’t miss out on this traditional annual encounter.

Tickets are on sale now for the online Christmas event, one of the first of its kind in the UK, with the virtual Santa’s Grotto opening to visitors in November. Parents can choose their date and book a slot of 10, 15 or 25 minutes, giving their children plenty of memorable face time with Father Christmas.

The fully personalised HD video experience will see Santa having one-to-one chats with each child from his beautifully presented Lapland grotto, really capturing the magic of this festive tradition.

Families will also have the option to add multiple guests to the call, so grandparents or other loved ones can share in the magic from anywhere in the world, while up to 6 children can join at once.

Santa will talk to the children about whether they have been naughty or nice, sharing stories his elves have told him about their achievements this year. He’ll even know a few other secrets about them too, to make the call extra special. The children can also get a special gift sent out in advance for them to open in front of Santa during the call.

Santa’s Grotto Live head elf and spokesperson said: “Meeting Santa is one of the most magical experiences children can have at Christmas. With so many places forced to put their grottos on ice due to social distancing restrictions, it would be such a shame if families had to cancel this annual tradition.

“That’s why we wanted to make sure children could still have a direct line to Santa with a special video call that they are sure to treasure. Santa’s Grotto Live means they’ll still be able to see Santa in his grotto and have plenty of time to chat and tell him what they want for Christmas this year.

“Being able to include grandparents and other family members will make the experience even more special as well, helping families stay connected wherever they are in the world.”

There are 3 different packages to choose from, starting from £20 for a 10-minute video call with Santa. Each call will also help raise vital funds for tackling homelessness this Christmas, with 20p from each booking donated to Shelter. For full details or to book your place visit santasgrotto.live.