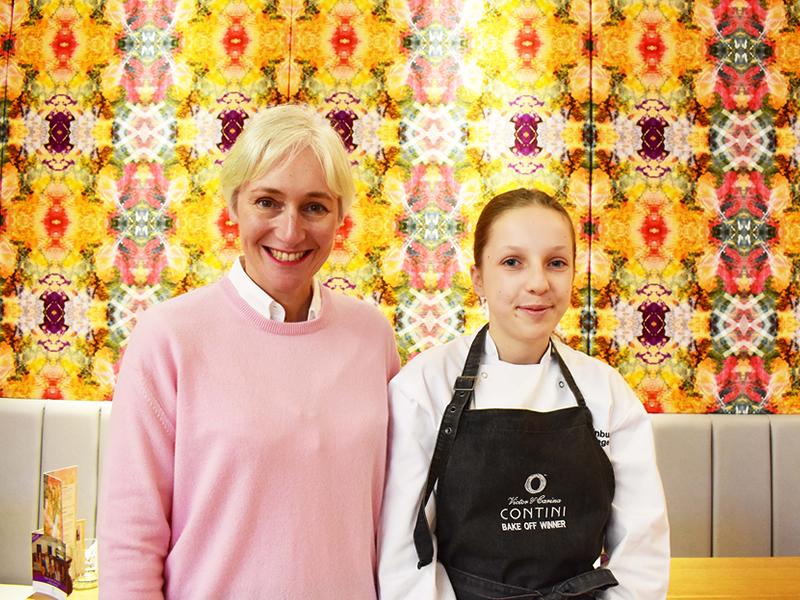 Search is on for Scotland’s best home bakers

The Scottish Cafe & Restaurant in Edinburgh has launched its second annual search for Scotland’s finest home baker in time for the return of hit TV show, The Great British Bake Off.

Amateur bakers from across the country are being encouraged to slip back on their aprons and show off their culinary creations for a chance to be featured on The Scottish Cafe’s iconic afternoon tea menu.

From indulgent gateaus, to classic cream cakes and savoury bites, The Scottish Cafe is looking for only the best afternoon bakes from Scotland’s most talented home cooks, including mums, dads, grandparents and children of all ages. Entries are also encouraged from schools, colleges and families.

Last year, 14-year-old Grace Warnock from Prestonpans in East Lothian was crowned the contest champion. Grace, who attends Preston Lodge High School, came out on top as the first ‘Contini Bake Off’ winner, having impressed the judges with her Trifle, Banoffee, Apple Pie and Lemon Meringue cupcakes. Grace has been baking at home with her mum since she was only three years old and really enjoys baking crispy cakes, biscuits and bread in the kitchen with her family.

The independent, family business is owned and operated by Edinburgh restaurateurs, Victor and Carina Contini, who showcase the very best seasonal and local Scottish produce on The Scottish Cafe menu. The Scottish Cafe has been home to one of the finest afternoon teas in Scotland for over 10 years.

Located within the Scottish National Gallery on the Mound, The Scottish Cafe now benefits from improved accessibility with direct access from the adjoining section of East Princes Street Gardens entrance.

The Scottish Cafe owner Carina Contini and the venue’s specialist pastry chefs will be amongst the panel of expert judges to make its shortlist of mouth-watering morsels and select the overall star baker. Judges will be looking for technical ability, creative flair, originality and use of local ingredients, but ultimately a delicious and eye-catching addition to The Scottish Cafe’s signature afternoon tea menu.

Commenting on The Scottish Cafe’s second annual search for Scotland’s best home baker, Carina Contini said: “We had such an amazing response to our ‘Contini Bake Off’ competition last year and had so much fun judging the entries, that we wanted to offer people the chance to show off their culinary flair again this year.

“With the home baking trend continuing to grip the nation, we’re encouraging talented amateur cooks of all ages to rise to the occasion once again and put their culinary skills in the limelight.

“Last year, Grace Warnock really did rise to the challenge and dazzled us with her baking talent. This year, we’d be keen to see more entries from schools, families, grandparents and their grandchildren of all ages.

“As the home of one of Edinburgh’s finest afternoon teas at the Scottish National Gallery, The Scottish Cafe is the perfect setting to celebrate this iconic British dining tradition, as well as people’s passion for beautifully presented and mouthwateringly delicious food. We look forward to showcasing Scotland’s best home bakers and wish everyone the best of luck.”

To enter The Scottish Cafe’s search for Scotland’s best home baker, people should post a show-stopping photograph or short film of themselves with their afternoon tea creation and a brief description on social media, tagging The Scottish Cafe on:
Instagram: www.instagram.com/thescottishcafe
Twitter: twitter.com/Continibites
Facebook: www.facebook.com/theScottishCafe
and using hashtag #ContiniBakeOff by Wednesday 30th September.

Entrants must live in Scotland, love home baking and be over 18 years of age. Entries from children must be supported by a parent, guardian or teacher.