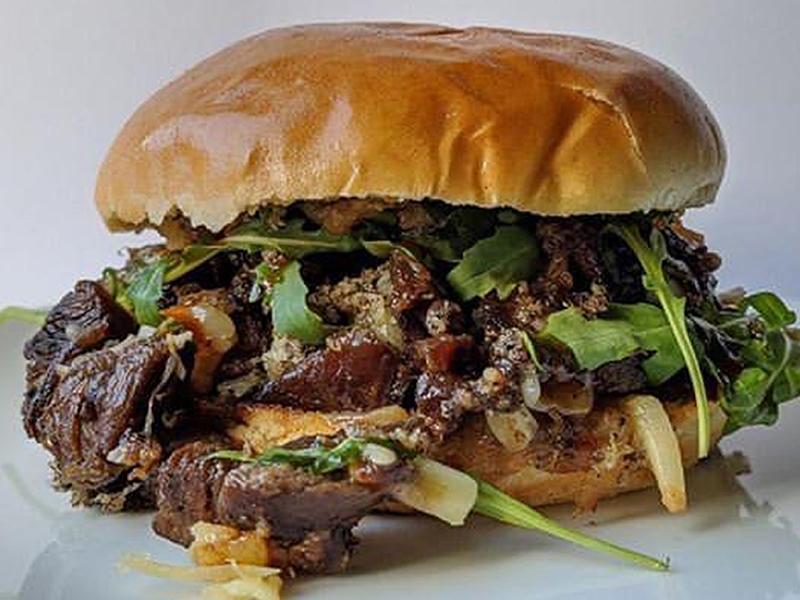 Edinburgh’s The Little Chartroom has announced it will be popping-up at the city’s seaside on the Prom at Portobello from 1 August. The new street food pod located at the western end of the Promenade will be serving up a tasty BBQ takeaway menu for beach revellers catching the tail end of the summer.

The Little Chartroom on the Prom will share the same ethos as the restaurant, serving high quality morsels with elevated flavours. From June, the team has been trialling some menu items at the restaurant for their regular Saturday collections. Fans of the restaurant can expect to see Lamb flatbread, smoked aubergine, tomato and anchovy sauce, and Ox cheek pastrami bun with black garlic, BBQ sauce and pickled red onion on the menu.

Roberta said:
“When we were presented with this opportunity, it was hard to say no. Shaun and I love Portobello, especially during the summer months, and I think The Little Chartroom on the Prom will make a really nice addition to the seaside experience. Doesn’t everyone love a BBQ on the beach?

“It also allows us to bring all of our staff back off furlough. Due to government restrictions we will be re-opening the restaurant at a reduced capacity, so being able to bring everyone back is fantastic. I have been really enjoying barbequing at the restaurant and experimenting for the pop up. We will be adding new dishes to the menu as we go as well.”

The award-winning restaurant located on Leith Walk will re-open on Thursday, 13th August. It will be open Thursday – Sunday from 5pm – 9:15pm, serving a small but perfectly formed a la carte menu. It will no longer be offering Sunday brunch, instead opting to open for Sunday lunch between 12pm – 2:15pm. Changes have been made in the restaurant to ensure the safety of staff and diners, including a one metre distance between tables, Perspex screens and hand sanitisers at every table. The restaurant has also added outdoor seating for walk-in diners.

The Little Chartroom at Home experience will still be available for delivery on Fridays and Saturdays. It can be ordered through the online shop: https://the-little-chartroom.myshopify.com/