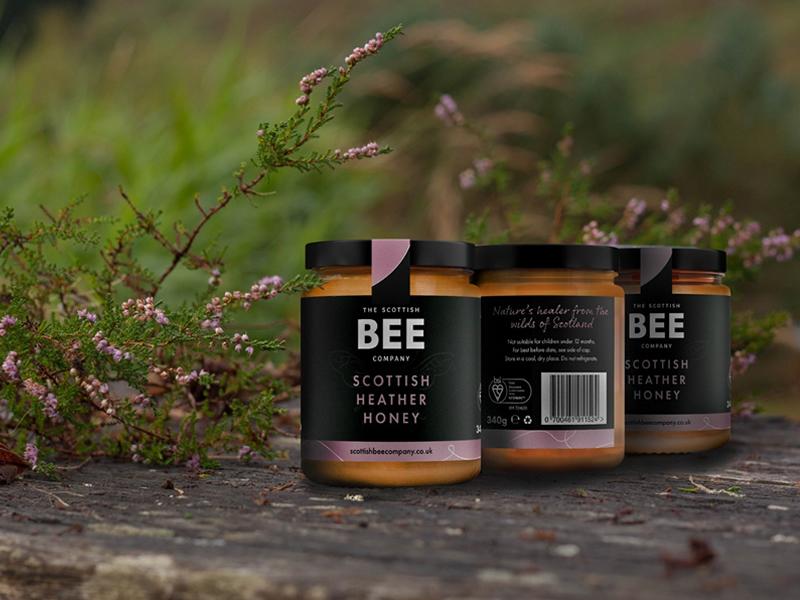 Edinburgh’s Scottish Bee Company has become the first ever food product in the UK to be awarded the new British Standards Institution (BSI) Kitemark™ for Food Assurance.

Scottish heather honey produced by Edinburgh’s Scottish Bee Company has become the first ever food product in the UK to be awarded the new British Standards Institution (BSI) Kitemark™ for Food Assurance.

The new BSI Kitemark has been created to help food sector organisations like the Scottish Bee Company to verify food label claims, deliver consumer trust and support transparency in the food chain.

With the launch of the new Kitemark, BSI has responded to the food industry’s increasing levels of food fraud by independently verifying food product label claims to rebuild years of eroded consumer confidence.

The Kitemark also enables brands, manufacturers, producers and suppliers to fulfil and communicate their commitment and customer promise whether it relates to authenticity, provenance, purity, socially responsible or environmentally sustainable agri-food production and supply.

Even after more than 100-years, the BSI Kitemark continues to be the beacon of quality, performance and safety to both consumers and business buying everything from Personal Protection Equipment to secure digital services.

The Kitemark is also a recognised symbol worldwide. With existing customers throughout Scotland, the rest of the UK, northern Europe and the USA, the Scottish Bee Company hopes its new status will help give people the extra assurance that when they buy a jar of ‘Scottish heather honey’, that is exactly what they are getting.

Honey is on Interpol’s list as one of the most adultered and fraudulent food products, but pure Scottish heather honey from the Edinburgh-based Scottish Bee Company is only produced in hives located in the Lothians, Dumfriesshire, Stirlingshire, Fife and Aberdeenshire.

Suzie Millar, Co-founder of The Scottish Bee Company, said: “We’re absolutely over the moon to be the first food product in the UK to have been awarded the new BSI Kitemark for Food Assurance.

“Provenance, purity, social responsibility and environmental sustainability is so important to us and we wanted to assure our customers around the world that when they buy a jar of our ‘Scottish heather honey’, that’s exactly what they’re getting.

“We’ve worked really hard to make sure we have a high quality, strong provenance message to separate us from the obviously adulterated honeys that are on the market.

“This significant new ‘Food Assurance’ status will hopefully raise the profile of our honey in the global market and go a step further to establishing it as a truly pure Scottish product.”

To achieve its BSI Kitemark for Food Assurance, the Scottish Bee Company had to have each step of its supply chain audited and its honey samples tested for pesticides and genetically modified organisms in an independent laboratory environment.

The company also had to send BSI information about where its hives are located and are open to being audited at any time to ensure they are in Scotland. They will continue to use regular photo verification with location services on throughout the year.

Howard Kerr, Chief Executive at BSI, said: “Today, people want to understand the important details about the food they eat.

“By extending the power of the Kitemark into areas like food authenticity and provenance, including the Scottish Bee Company, BSI can serve that need. After all, customers deserve food that’s safe, sustainable and socially responsible.”