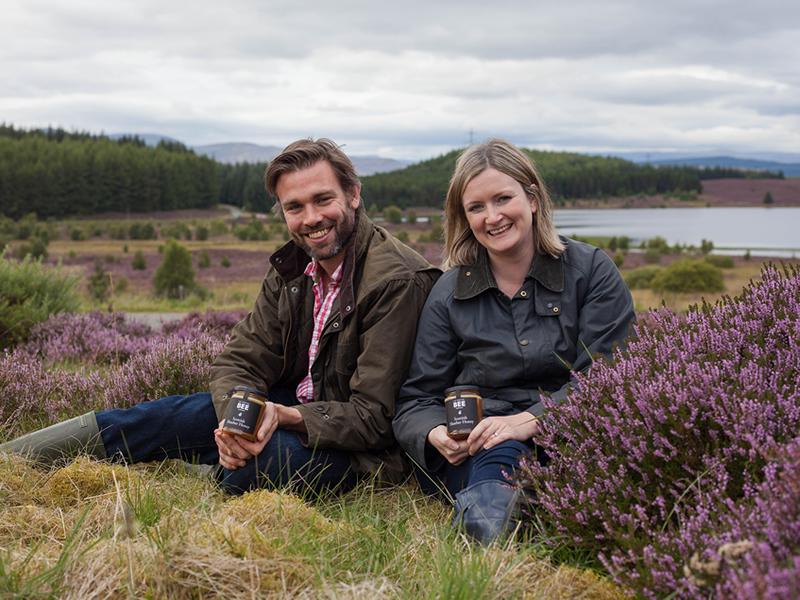 The Scottish Bee Company, based in Edinburgh, is set to take on its global rivals after being revealed as a world-leading superfood in a recent scientific study.

An Edinburgh-based Scottish honey company is set to take on its global rivals after being revealed as a world-leading superfood in a recent scientific study.

The Scottish Bee Company’s heather honey contains up to 10 times more of the essential micronutrient, manganese, compared to 200 of its global rivals. This unique Scottish honey is also amongst the world’s top manganese containing food products.

Researchers from Fera Science Limited teamed up with the Edinburgh-based Scottish Bee Company earlier this month to investigate the nutritional content of its honey, which is produced in the Lothians, Dumfriesshire, Stirlingshire, Fife and Aberdeenshire.

The results of the study suggest that The Scottish Bee Company’s heather honey contains significantly higher levels of the essential micronutrient, manganese.

Manganese is an essential mineral. As well as its high antioxidant qualities, it plays a role in helping to make and activate enzymes in the body involved in protecting tissues from damage and in the metabolism of nutrients. It also helps maintain healthy bones.

This breakthrough is the first of its kind in the world and firmly cements this honey’s position as a rival to manuka honey, indicating that =the Scottish Bee Company’s heather honey has a range of positive health benefits.

Dr Adrian Charlton from Fera Science Limited, said: “We didn’t know that honey of any type could be a significant source of dietary manganese before this piece of work was completed.”

Suzie Millar, Co-founder of The Scottish Bee Company, said: “It’s been remarkable to see the results of the scientific analysis show that our Scottish heather honey has superfood quality, more so than many other honeys around the world.

“What’s even more exciting is that it doesn’t need to be imported from other countries. We have these wonderful, natural products right here in Scotland.”

In 2019, The Scottish Bee Company partnered with the University of Strathclyde in Glasgow to get a better understanding about the content of its products. The research suggests that its heather honey also has a high antibiofilm and antimicrobial activity. This comes at a time of renewed focus on health and the need for locally sourced, natural healthy products are in demand.