Imaginate is delighted to announce that its 2020 Festival commission will be 'Learning to Fly'a production by Barrowland Ballet. 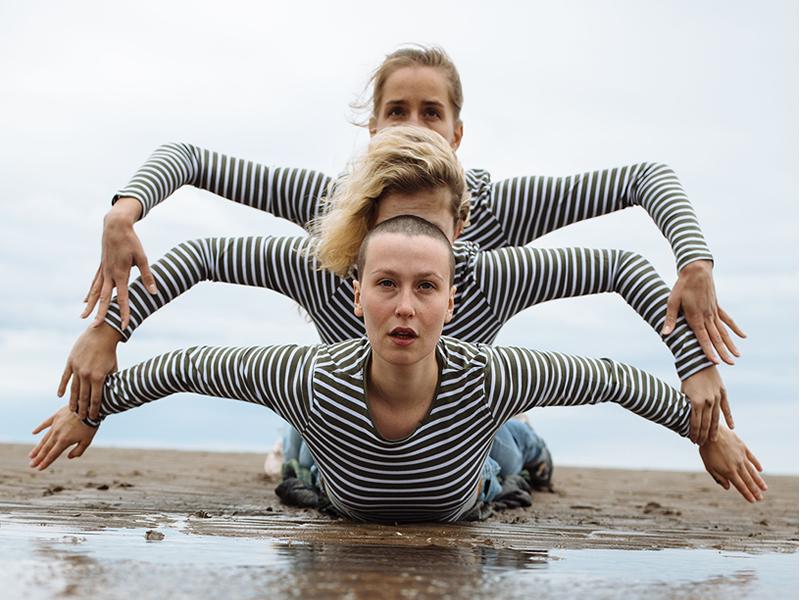 Learning to Fly tells the story of a girl who doesn’t fit in, a girl who is learning to fly. Washed up on a tiny island, she studies the birds, her only companions, and begins to work out her escape. The show is about the power of imagination and the sheer determination that lets you fly when forces all around want to pull you down. The award-winning Barrowland Ballet use intricate choreography, wit and humour to tell this evocative new story.

Festival Director Noel Jordan said: “Barrowland Ballet have been consistently producing high quality work for young audiences. Their production, Playful Tiger, was of the highlights at our Festival this year. Co-commissioning the company to make a work for our 2020 Festival felt incredibly timely. Natasha Gilmore is a dynamic choreographer whose work is in demand at festivals and venues around the world. With its focus on environmental themes from a female perspective, Learning to Fly couldn’t be more pertinent for young people living in Scotland.”
The show will tour Scotland as part of the Festival-on-tour programme before opening at the Edinburgh International Children’s Festival at the end of May to an audience of schools, families and international delegates.

Natasha Gilmore, Artistic Director, Barrowland Ballet said: “Barrowland Ballet established a relationship with Imaginate in 2014 when we took Tiger Tale to the Edinburgh International Children’s Festival. I am so delighted that they have co-commissioned our new performance Learning to Fly for this year’s Festival. Imaginate recognises the importance of bringing quality work for children to Scottish stages whilst at the same time hosting delegates from around the world during the Festival to enable work from Scottish artists to tour to world stages. They have been instrumental in assisting us to connect with audiences nationally and internationally and we hope that Learning to Fly will enjoy the same success as our previous work.”

A brand new show for young people, Learning to Fly is co-produced by Imaginate and Barrowland Ballet in association with Platform and The Work Room and supported by the Scottish Government’s Festivals Expo Fund.