Mrs Browns Boys is Back!

The Award-Winning Brendan O’Carroll and Mrs. Brown’s Boys have announced a live return to Edinburgh in 2020 with ‘Mrs Brown D’ Live Show. 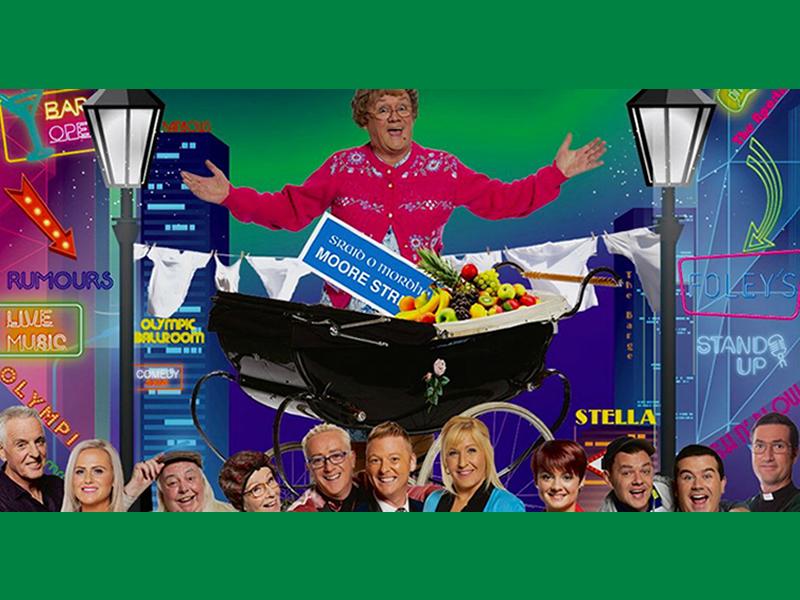 The Award-Winning Brendan O’Carroll and Mrs. Brown’s Boys have announced a live return to Edinburgh in 2020 with ‘Mrs Brown D’ Live Show.

Bringing the Mrs. Brown’s Boys D’Musical production, they will perform three shows at the Edinburgh Playhouse on Friday 17 and Saturday 18 July 2020 marking a welcome return to the city and the venue. Tickets go on sale from Wednesday 11 December 2019.

Mrs. Brown’s Boys promises to take audiences on an exhilarating and side-splitting adventure. Brendan O’Carroll said: “It’s the funniest thing I’ve ever written. Even I laugh and I know what’s coming next!”

Mrs. Brown’s Boys success has been nothing short of incredible. Voted the No. 1 Sitcom of the 21st Century, awards include 5 BAFTAs, 4 National Television Awards, 3 TV Choice Awards, 4 IFTA awards, 3 TV Times Awards as well as RTS, TRIC and National Comedy Awards. It is a ratings smash across the globe. Mrs. Brown’s Boys live show has broken box office records across the UK, Ireland, Australia, New Zealand and Canada.