21 year old Chris Thomas, the CEO of incovo, has just scooped the award for 'Business Growth' at the West Lothian Business Awards! 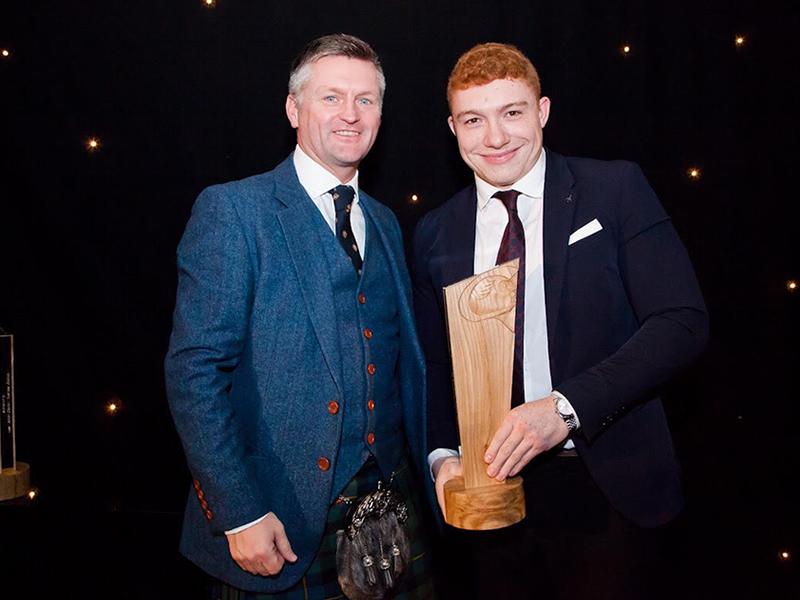 Edinburgh born and bred Chris Thomas was appointed CEO of incovo at just 19 years of age. Within two short years he has radically revolutionised the company, and now leading names within the business world are starting to take note. Shortlisted for three major awards in 2019, Chris reveals the secret to his success.

By his own admission, Chris wasn’t particularly ‘academic’ growing up, but he excelled in practical, hands-on subjects such as art and graphic design where he could channel his creative energy. When friends were heading off to university, Chris put family loyalty first and started working at his father’s business. Fast-forward just a couple of years and after the tragic death of his father – Richard Thomas, a well-known businessman and Chairman of Boxing Scotland – Chris took on the role as CEO of incovo, a company founded in 2002 specialising in telecommunications and office printers. A daunting prospect for any 19-year old, but Chris has not just taken it all in his stride – he is in fact making positive strides forward in the industry.

Chris is a strong believer that every business needs to be adaptable, now more than ever; ‘It’s so important to move with the times and be flexible in response to whatever comes your way – whether it be technological developments or personal life events,’ he comments. incovo had been going strong for nearly 17 years when Chris took to the helm, but he was keen to shake things up and modernise, so he started by overhauling the look and feel of the branding and website to give it a more contemporary edge.

The unveiling of a brand-new demonstration suite followed, enabling prospective customers to see the latest, state-of-the-art HP technology in action. Next, Chris carefully head-hunted a range of industry experts to join his growing team, then he took the bold decision to switch to flexible, remote working to enable his employees to achieve a better work / life balance. With business booming, Chris felt confident it was time to make his biggest move yet – expanding the business to include a whole new range of IT services.

The secret to his success, he puts down to some simple yet sensible advice passed on to him by his father; ‘Always keep your lines of communication open’. And it’s clearly working. Earlier this year, Chris earned himself a nomination and a coveted place on the shortlist of The Institute of Directors ‘Young Director of the Year’ awards. Then he finalised for the ‘Next Generation Award’ at The Herald Scottish Family Business Awards, and it has just been revealed Chris has won the ‘Business Growth Award’ at the West Lothian Business Awards.

Yet despite these impressive accolades, Chris remains down to earth and is always keen to get involved in opportunities to give back – sponsoring the Hamilton Bulls Junior Rugby Team, Hamilton Ladies Rugby Team, and Calderglen Thistle football team, donating to local food banks, and organising charity events to raise money for MacMillan Cancer Support and Shakti Women’s Aid for example. ‘Yes, we specialise in modern technology,’ says Chris, ‘But at the end of the day, it’s vital to remember our company’s reputation is built on relationships with people’.