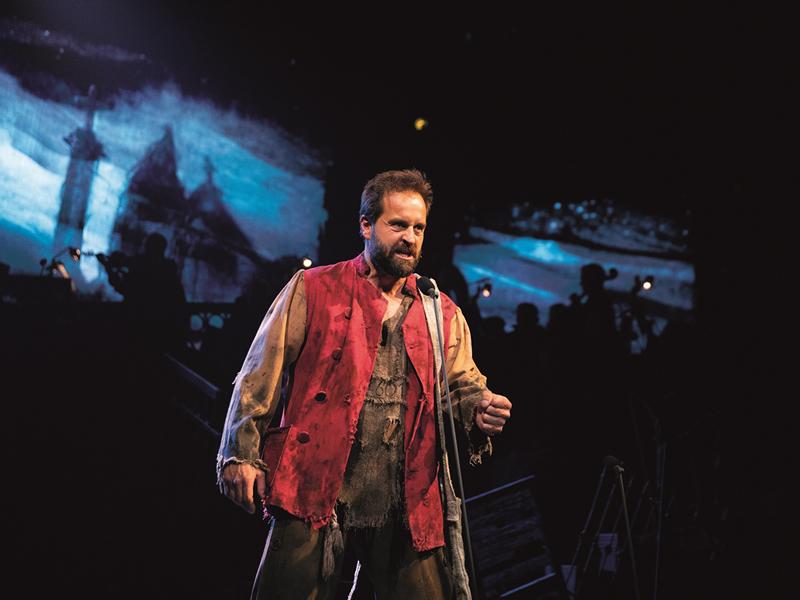 Coinciding with the 35th year of its triumphant reign in London’s dazzling West End, Les Misérables: The Staged Concert arrives on the Big Screen on Monday 2 December with encore performances on Saturday 7 December and Sunday 8 December.

Giving audiences the chance to catch Cameron Mackintosh’s sell-out production at the Gielgud Theatre, Vue Edinburgh Ocean and Vue Edinburgh Omni will be screening this special concert version of the world-famous musical through live broadcast, in a trio of special screenings.

In this sweeping epic set against the Paris Uprising in the 19th century, Michael Ball, Alfie Boe, Carrie Hope Fletcher and Matt Lucas head up the all-star cast which shattered box office records and sold out its entire 16-week season.

With the original tale seen by over 120 million people worldwide and the concert version on the West End for a strictly limited time, this is not to be missed.

Johnny Carr, Event Cinema Manager at Vue UK and Ireland, commented: “This is a real blockbuster show that we’re excited to be screening at Vue in December. Everyone has heard of the magic of Les Misérables, and it has been difficult for all fans to get tickets to this star-studded concert production, so it’s great to be able to make this historic musical available to many more people to see.

“We’ll make sure to deliver it through the best audio and sound quality available in big screen entertainment.”