Edinburgh has been found to be the most historic city in all the north of England and Scotland, thanks to its vast array of historical experiences compared to its counterparts 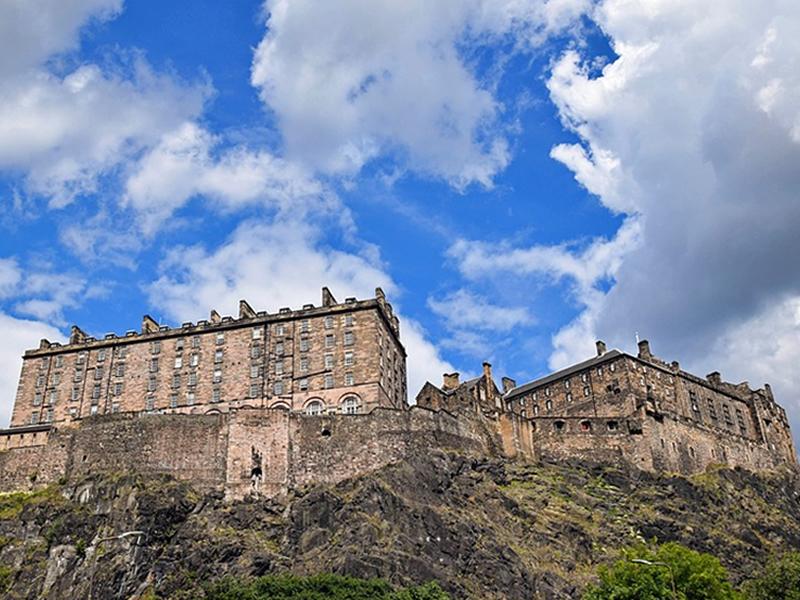 For locals and visitors alike, the news that Edinburgh has been crowned the most historic city in the North of England and Scotland will come as no surprise. It only takes a brief stroll around the city to take in the stunning buildings, parks, monuments and heritage sites to realise why. A new study by TransPennine Express compared 19 cities to see which had the most historical hits on offer.

Edinburgh scored top marks in all categories except for one – monuments. To celebrate Edinburgh’s victory, let’s delve into just what makes the city so historically great, looking at some of the top sites.

Royal Mile
The Royal Mile is one of Edinburgh’s most significant landmarks. Encased in history, this 1.81km – not an English mile, but a Scottish mile - stretch runs from Edinburgh Castle to the Palace of Holyroodhouse. It’s incredibly popular with tourists and divided into six areas. Castlehill and Castle Esplanade are the oldest part of the Mile, and the latter is known to be a space where witches were burnt at the stake. Lawnmarket was a marketplace until the 17th Century, and today connects The Hub to Bank Street. High Street is the most well-known part of the Royal Mile, housing St. Giles cathedral and Tron Kirk, as well as shops, pubs and restaurants. In contrast, Canongate is the least visited part – until 1856 it was an independent burgh, separated from the rest of the city. Lastly, Abbey Strand connects the end of Canongate to the Palace of Holyroodhouse, via Parliament Square. With so much history packed into a compact area, it’s no wonder the Royal Mile is the most historic site in Edinburgh!

Edinburgh Castle
The role of Edinburgh Castle in Scotland’s history cannot be understated. It has played two parts – a royal residence and a military stronghold. Both Queen Margaret and King Malcolm Canmore made it their home in the 11th Century. The castle then saw plenty of military action until 1745, and until the 1920s, it was the British Army’s primary base in Scotland. The rocky crags of Castle Rock was the most easily defended hilltop on an invasion route used by several different armies – from the Romans, to the Jacobite troops. The castle is so popular with tourists today due to the sheer volume of things to see – the world famous One O’Clock Gun, St Margaret’s Chapel (also the oldest surviving building in Edinburgh) and the Honours of Scotland, nicknamed the Scottish Crown Jewels.

The Real Mary King’s Close
Hidden beneath the busy Royal Mile, you’d be forgiven for passing it by, but the Real Mary King’s Close is something you don’t want to miss. Here, you can unlock the secrets of life in the 17th Century in Edinburgh, through streets, passageways and homes. You can learn about the dark past of the area and the people who lived here. This historic site is truly unique, so it is easy to see why visitors flock to it.

Royal Botanic Garden
If tranquillity is something you seek, the Royal Botanic Garden is a must-see. Encompassing 70 acres and with over 3000 exotic plants to see in the Glasshouses, you can easily spend a day here. This spectacular living collection is almost 350 years old – and visitors can embrace different climates, from the tropics to the deserts.

Gilmerton Cove
This archaeological mystery has left experts scratching their heads for over 200 years, and is still attracting curious tourists today. It’s a hand carved subterranean adventure, with seven rooms. After years of research, the origins of the site are still unknown. Was it a meet up spot for a secret society? A witch’s coven? Or home to the Romans? It’s all for visitors to decide when they experience it for themselves.

Palace of Holyroodhouse
The Palace of Holyroodhouse is most well known for its association with Mary, Queen of Scots, and Bonnie Prince Charlie. It still has royal roots today, as it is used by the Queen when carrying out engagements in Scotland. In fact, in July, Her Majesty spends a whole week celebrating Scottish culture, known as ‘Holyrood Week’. This tradition has been in place since the reign of King George V and Queen Mary. The palace itself dates to 1128, when it was founded by David I as an Augustinian monastery.

Whether you’re an architecture fan, a royalist or just a lover of all things spooky, Edinburgh’s historical sites are sure to entertain you. For history further afield, why not visit other cities on the list, like Glasgow, York and Liverpool? You can see the full historical index of the North and Scotland on the TransPennine Express website HERE