Great Scott! RSNO presents Back to the Future in Concert in Edinburgh and Glasgow 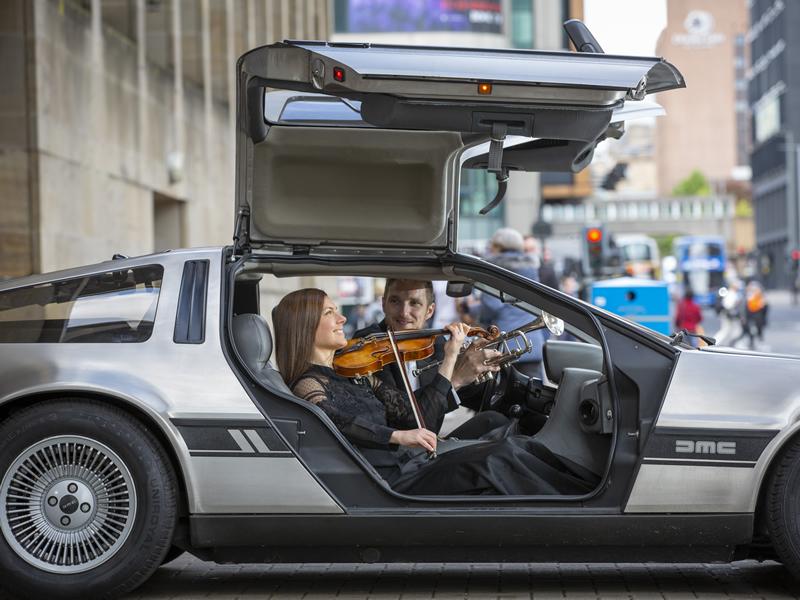 Fans old and new will experience Back to the Future like never before – on the big screen with a full symphony orchestra!

Appearing at the Usher Hall, Edinburgh on Friday 24 May (7.30pm) and at the Glasgow Royal Concert Hall on Saturday 25 May (2.30pm & 7.30pm), Neil Thomson will conduct the dazzling score, including approximately 15 minutes of additional music, by Alan Silvestri (Avengers: End Game, Forrest Gump, The Polar Express).

A global cultural phenomenon, Back to the Future was executive produced by Steven Spielberg, Kathleen Kennedy and Frank Marshall and directed by Robert Zemeckis. Starring Michael J. Fox as time-traveller Marty McFly alongside Christopher Lloyd, Lea Thompson and Crispin Glover, Back to the Future became the highest grossing film of 1985 and launched one of the most successful franchises in Universal's history.

Conductor Neil Thomson is recognised for his performances of symphonic and film music. In 2013, he gave the premiere of the newly reconstructed score for Singin’ In The Rain at the Royal Albert Hall, London. Other film music performances include Psycho, Vertigo, Casablanca, The Wizard of Oz, Fantasia, Amadeus and Titanic. In 2018 he conducted the premiere of Gene Kelly: A Life in Music alongside the RSNO.

For more information on RSNO concerts and events, visit www.rsno.org.uk.