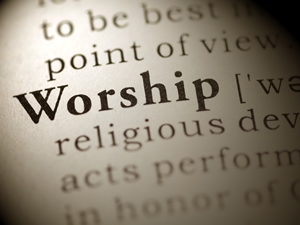 Old Saint Paul’s is one of the original Episcopalian churches in the city of Edinburgh, formed when Bishop Rose and his congregation were forced to leave Saint Giles’ Cathedral at the time of the Presbyterian establishment of the Church of Scotland in 1689.

Since that time, members of the congregation have included people of all walks of life in Scottish history, from supporters of Bonnie Prince Charlie to enthusiasts for the modern Scottish Parliament, from the wealthy to the poor, from the conventional to the eccentric. One of the gifts God seems to have given us, in the past and in the present day, is an immense variety of members. Old Saint Paul’s is a kaleidoscope of the faith.

All information (whether in text or photographs) is supplied in good faith but should not be relied upon as being a statement of representation or fact. We take every opportunity to ensure the details for Old Saint Pauls Episcopal Church are accurate, please contact us at hello[@]whatsonnetwork.co.uk if any of the above information is incorrect.

Calton Consort presents a celebration of and exploration into the exciting choral sound-world of eastern and northern Europe as part of 'Old St Paul's Music at 8' concert series at the Fringe!
Read more

More in Edinburgh
Sorry, but we have no additional listings available for Edinburgh.
If you would like to be included, fill out our online form here »

Whisky Road are a highly acclaimed acoustic bluest trio and you can catch them at The Jazz Bar as part of the Edinburgh Festival Fringe!