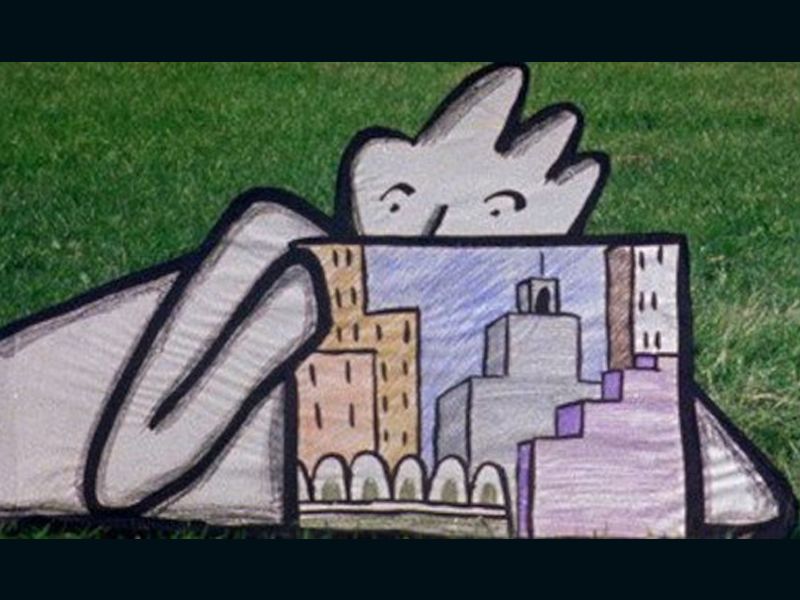 One frame at a time filmed with her Bolex camera, the films explore qualities unique to pre-digital movie-making augmented by Jane’s own handmade production tools and techniques.

The works capture an era of 16mm filmmaking that is now frozen in history by obsolescence of the film medium.

Seeing as a series, the viewer observes and understands the development of an artist’s techniques from one idea to the next, over several years.

Each film is a gallery exhibition of individual shots as separate works of art animating in a similar way. They are each filmed with a different single frame animation experiment in a variety of intriguing interior and exterior locations, yet they share a clear commonality of the artist’s taste, style and thinking.

Aaron’s work as an animator, both in her experimental and more commercial work, has been celebrated across the art world and received numerous awards. Her independent films have been shown at the Whitney Biennial, the Museum of Modern Art and at film festivals globally.

Permanent collections of her work exist at the Museum of Modern Art, the Metropolitan Museum of Art, the Hirshhorn Museum and Sculpture Garden and the Walker Art Center. She received a Guggenheim Fellowship in 1985

Edinburgh International Festival: The Ballad of A Great Disordered Heart

Discover Edinburgh's Little Ireland in this filmic exploration of the community through traditional music at Filmhouse on 15th August!
Read more