On Sunday, 14 November, Cinescapes & Edinburgh Food Social are transforming Ross Band Stand into a pop up micro cinema, with food, drinks and a screening of Sylvain Chomet's "The Illusionist"! 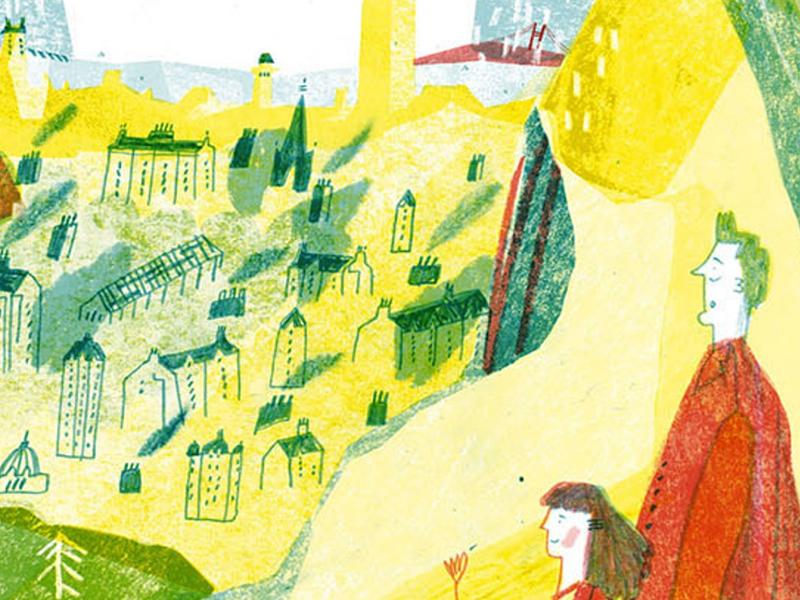 A fantastic Outdoor Cinema is popping up in Edinburgh.

On Sunday, 14 November 2021, Cinescapes and Edinburgh Food Social are transforming Ross Band Stand into a pop up micro cinema, with food, drinks and a screening of Sylvain Chomet's "The Illusionist"!

Join us at Edinburghs's iconic Ross Band Stand in Princes Street Gardens as you immerse yourself in a soulful tale of friendship and adventure.

The Illusionist (French: L'Illusionniste) is a 2010 animated film directed by Sylvain Chomet. Based on an unproduced script written by French mime, director and actor Jacques Tati in 1956, the film follows an out of work French Illusionist as he travels to London and Scotland and befriends a young girl named Alice. Filled with picturesque animated scenes of Edinburgh, it’s visually expressive, soulful and a true tribute to Edinburgh's historically beautiful city.

Tickets are donation based and you can choose from our three options available (suggested donation of £5 per person).

The evening promises to be full of specially crafted cocktails and good Scottish Scran, snacks and local delicacies. (Subject to licensing)

Arrive early to get a good spot and enjoy the food and drink. Doors open at 6.00 pm, screening starts at 8.00 pm.

This is cinema done in style, so grab a couple of pals book your seats and watch The Illusionist play out on our Open Air Screen.

We strive to be as accessible as possible with wheelchair access and facilities on site. All film content will be shown with closed captions for D/deaf and hard of hearing audience members. If you have any added accessibility needs or questions, please get in touch at cinescapesfest@gmail.com.

Fore Play Crazy Golf is buzzing to introduce BOGO(L)F Wednesdays in Edinburgh... an exclusive package that includes buy one get one free on all golf and 50% off selected cocktails!
Read more

Enjoy an evening stroll around Holyrood Park as you join our Rangers to learn more about Arthur’s Seat’s turbulent past, created by fire and ice!
Read more