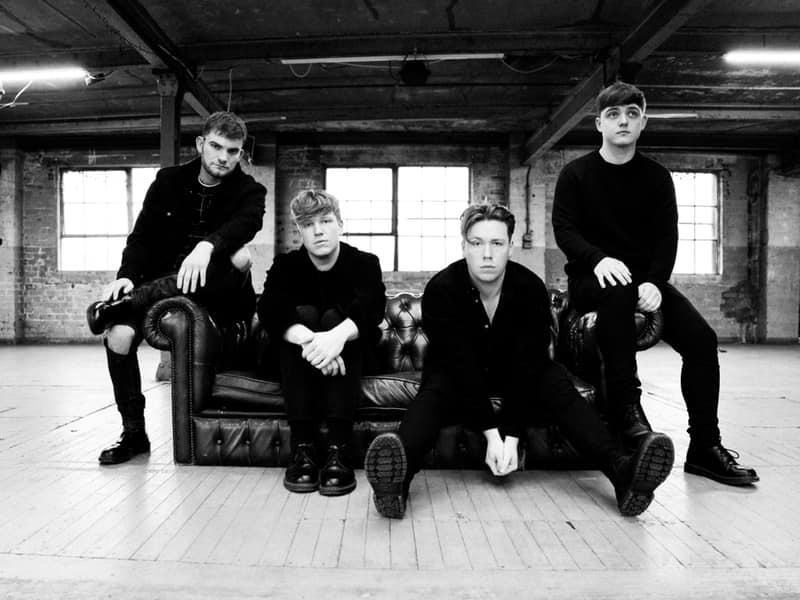 Emerging from the ashes of various bands in the Edinburgh music scene, Retro Video Club (Kieran Burt, Sam McGil, Michael Ward and Liam Allison) first started jamming together in 2015. After taking some time away to refine their sound, the group released their first proper single in 2017. ‘Psycho’, a rough-and-rowdy slice of indie rock, was instantly picked up and playlisted by Spotify.

Capacity gigs followed across Scotland, while festivals, support slots and European shows came thick and fast in 2019. The band also announced their first headline tour of England for March 2020.

Like most bright young things, COVID stalled Retro Video Club’s momentum – but never ones to be defeated, the band turned their attention from stage to studio. As it stands, they’ve got a year’s worth of music ready to go. While earlier material was inspired by Green Day, The Enemy, The Strokes and early Arctic Monkeys, “the new material is less confined by being a four-piece band. We’ve held back less,” says Michael who explains how Retro Video Club “are not just trying to sound like a rock band.”

This new chapter of the band sees them less talk, more action.

Blane Muise, better known by her stage name Shygirl, is a British rapper, DJ, singer and songwriter. Catch her live at The Caves Edinburgh on 4th March!
Read more

Lady Bird are responsible for creating some of the most exciting music to come out of anywhere in the country, catch them at The Caves Edinburgh on 13th March!
Read more

North London's Kawala are one of the country's most promising new bands, don't miss them live at The Caves, Edinburgh on Friday 8th April!
Read more

Catch Northern Irish singer songwriter Lilla Vargen when she comes to The Caves Edinburgh in May 2022!
Read more