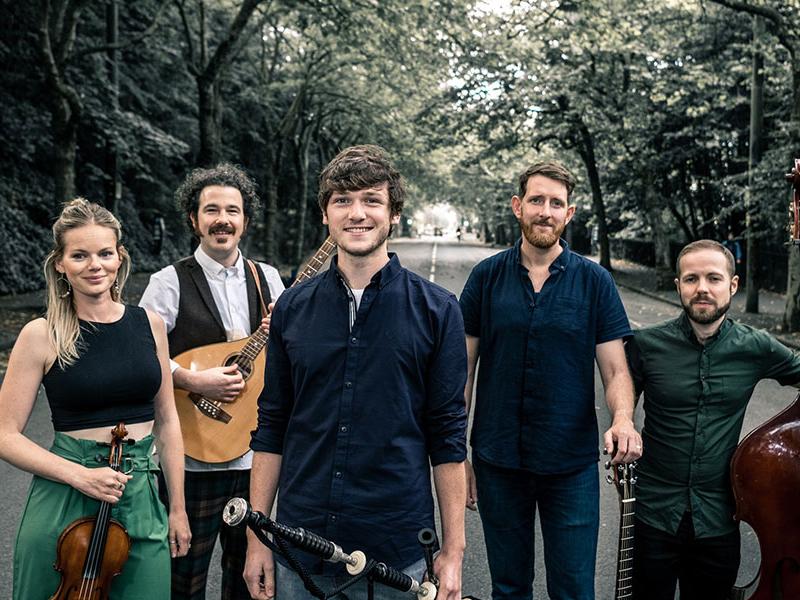 Breabach hails from the Scottish Highlands and Islands, uniting musical traditions from their home and further afield. The band is made up the talents of Megan Henderson (Fiddle, Vocals), James Lindsay (Double Bass, Vocals), Calum MacCrimmon (Bagpipes, Whistle, Bouzouki, Vocals), Conal McDonagh (Bagpipes, Whistle), and Ewan Robertson (Guitar, Vocals, Cajon).Together they perform traditional songs and modern tunes, with brand new compositions thrown into the mix by each of the multi-talented band members.

Formed 15 years ago, and launched at the world-renowned Celtic Connections festival in Glasgow, Breabach is celebrating this year’s milestone anniversary in typically creative style by teaming up with Glenturret distillery to produce a 15-year-old 'Breabach' single malt whisky. Expect an exhilarating set from a group of Highland folk legends.

The Best of Scottish Comedy

Talk about doing what it says on the tin! Here you go a carload of simply the best comics on the contemporary Scottish circuit.
Read more