This film tells the story of the great philosophical thinker, poet and Sufi, Yunus Emre. An online Q&A will follow with the film producer and director - Kürşat Kızbaz. 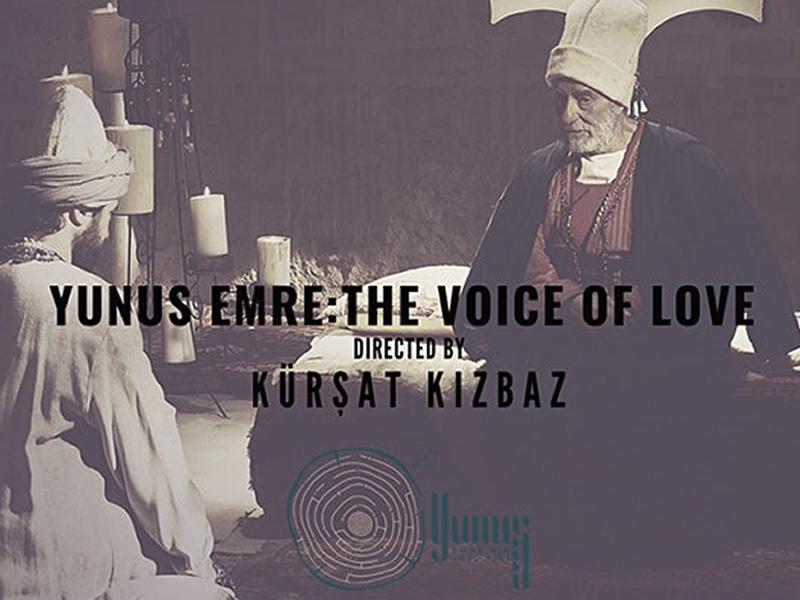 About Film Screening and Q&A: Yunus Emre Voice of Love with English Subtitle

Yunus Emre: Aşkın Sesi (Yunus Emre: The Voice of Love) tells the story of the great philosophical thinker, poet and Sufi, Yunus Emre, who is loved and respected by the masses with his ideas of peace, brotherhood and divine love.

The Film tells the story of the great philosophical thinker, poet and Sufi, Yunus Emre, who is loved and respected by the masses with his ideas of peace, brotherhood and divine love. It follows his story from his beginnings a villager living in 13th century Anatolia shaken by war and his travels in search for divine love. Featuring important Anatolian Sufi figures, from Hacı Bektaşı Veli to Taptuk Emre, from Mevlana (Rumi) to Sarı Saltuk., Yunus Emre: The Voice of Love provides a look into the life of Yunus Emre and his journey to his universal, humanistic values.

After the screening, Kürşat Kızbaz, who produced and directed the film, will participate in the event by conducting an online Q&A.

Born in 1981, Kürşat Kızbaz graduated from Istanbul University, Faculty of Communication, Department of Radio, Television and Cinema, and completed two postgraduate studies in the United States and Turkey. Making a name for herself in the international community with the documentary Çanakkale Epic 1915, which was screened in 52 countries, Kızbaz then signed the dramatic documentary "Dance of Mevlana Love", which was screened in 45 different countries in 2008 with 100 copies and watched by 70,000 people in cinemas. He produced and directed the film Yunus Emre Aşkın Sesi, which he shot in 12 different cities for 3 years, and realized his first feature film project. The production, which met with great interest by the national and international media, was delivered to a wide audience on THY planes, different airlines and TV channels around the world. With a box office success of 150,000 people in Turkey and Europe, it became the highest-grossing Sufi film in the history of Turkish Cinema until that day. Known for his productions Mevlana: Dance of Love, Yunus Emre Aşkın Sesi and Somuncu Baba: Aşkın Sırrı, the Director, Screenwriter and Producer has over 100 projects.

2021, the 700th anniversary of the passing of Yunus Emre, famous 13th century poet and Sufi. As such, 2021 has been named Yunus Emre Year by UNESCO. Yunus Emre, has an immense influence on Turkish literature and philosophical thought, from his own day until the present. In honour of this momentous anniversary, Yunus Emre Institute in London, the Turkish Consulate General in Edinburgh and ATAS (Association of Turkish Alumni and Students) are jointly organising a 3-day celebration in Edinburgh.

The celebrations will include the Sounds from Yunus Emre concert lead by master Oudist Baha Yetkin (Wednesday 20 October 2021), an ebru (paper marbling) workshop with artist Esma Uğurluoğlu (Friday 22 October 2021) and the screening of Yunus Emre: Aşkın Sesi with a question-and-answer interview with the screenwriter and director of the film, Kürşat Kızbaz (Saturday, 23 October 2021).

Other Events at Teviot Row House

Catch Dr Feelgood, the most enduring act to emerge from the UK’s much touted pub-rock scene, at Teviot Row House on Thursday 9th December!
Read more

Check out what's on at Summerhall catch some of the most anticipated French and Francophone titles of the year!
Read more

The vibrant choice at Edinburgh Dominion gives you the chance to catch some of the most anticipated French and Francophone titles of the year!
Read more

The Christmas Drive-In Tour is coming to Edinburgh... it's the ultimate festive family night out featuring comedy, quizzes and film screenings all rolled into one!
Read more

Following a sold out 2019 tour, Love Actually will once again be screened live across the UK with a full orchestra performing its enchanting score – just in time for Christmas!
Read more

Stewart Brewing are putting on a free Christmas Cinema for you and your family to come and enjoy at their Brewery Bar and Pizza Kitchen on the 19th of December.
Read more

Experience an extraordinary collection of short films when the Banff Mountain Film Festival returns to the Festival Theatre on 30th January!
Read more

Celebrating extraordinary and award-winning female and non-binary animators from around the globe, MANIPULATE is delighted to present Animated Womxn for the second year running!
Read more