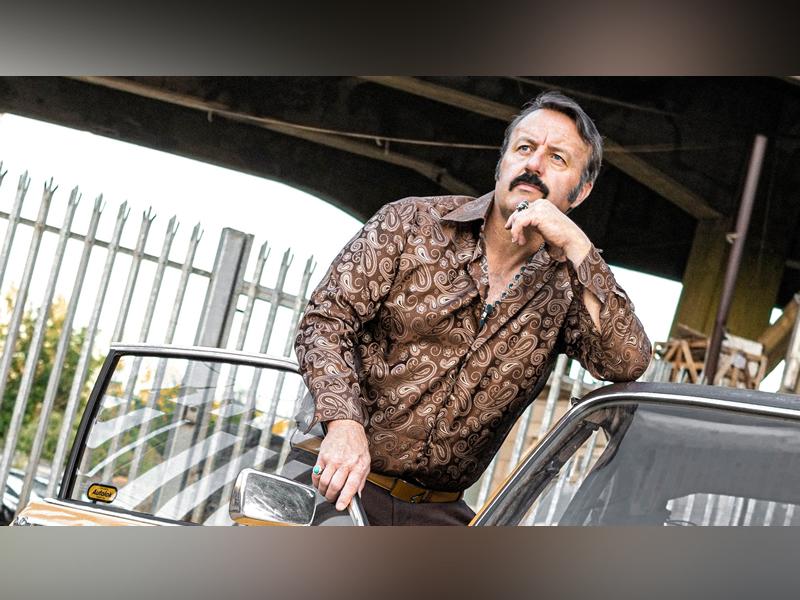 Mike Bubbins, star of hit podcast The Socially Distant Sports Bar, and of BBC television comedies Mammoth, Tourist Trap and The Unexplainers, unleashes THROWBACK, his first ever solo UK stand-up tour. And things may never be the same again.

THROWBACK is a powerful, thought-provoking, visceral hour of stand-up comedy, that pushes boundaries, defies neat descriptions and challenges the audience...

It’s actually an hour and a half of really funny stories, pretty impressive characterisations, possibly a song (he said he’ll see how that goes), a bit of nostalgia about the good old days, a bit of optimism about the good new days, and Mike generally having a laugh about life and not taking himself, or anything else, too seriously. Having said that, he may, at some point in the show, get very annoyed at berks, whether in the past, the present, or the future. Very annoyed.

So basically THROWBACK is a comedy show about Bubbins sharing, and bringing to life, the stuff that he finds funny. As comedy concepts go, it’s a pretty straightforward one, really.

Rising star Chloe Petts is touring the UK for the first time and comes to The Stand Edinburgh on 28th May!
Read more

This is a brand new absurdist work in progress show from Paul Currie that will look at depression, anxiety, intrusive thoughts and the inner musical workings of the average ironing board.
Read more

Catherine Bohart: This Isn’t For You

Described as 'a truly gifted stand up' by The Sunday Times, join Joanne McNally at the Stand Edinburgh as she revisits her irreverent and critically acclaimed show The Prosecco Express!
Read more

One man, one microphone, and one microphone in the wings in case the one on stage breaks. Pure. Simple. Classic. Basic Lee.
Read more

Don't miss Award-winning comedian Jo Cauldfield when she brings her show 'Bad Attitute' to the Stand Edinburgh as part of the Fringe!
Read more

Sean McLoughlin: So Be It

International microstar Sean McLoughlin is back on the road with a scintillating new stand-up show, So Be It! Catch him live at The Stand Edinburgh on 29th September!
Read more

Has the pandemic changed Jen Brister for the better or is she the same old pessimistic naysayer she's always been? Find out when she brings her new show The Optomist to the Stand Edinburgh!
Read more

Comedy IT-girl Elf Lyons floats around the UK with her new horrifying comedy show inspired by Stephen King. Catch her at The Stand Edinburgh on 15th October!
Read more

Don't miss Kiri Pritchard-Mclean when she returns to The Stand Edinburgh with her brand new show 'Home Truths' on 16th October!
Read more

Expect a high-energy barrage of the most jokes you've ever heard humanely fit into one stand-up show when Glenn Moore brings his new show to the Stand Edinburgh on 13th November!
Read more

Buckle up for a battle of charisma, verbal one up-manship and hair raising paranormal wizardry as Clinton and Ramone go head to head to decide who holds the title as Britain's Greatest Paranormalist!
Read more

Urzila Carlson has become one of the biggest names in comedy in Australia and New Zealand, catch her live at the Stand Edinburgh when she brings her new show 'It's Personal' to the UK!
Read more