In this series of events we turn to those who offer positive calls to action and creative perspectives for protecting our planet – giving us hope that it’s not too late. 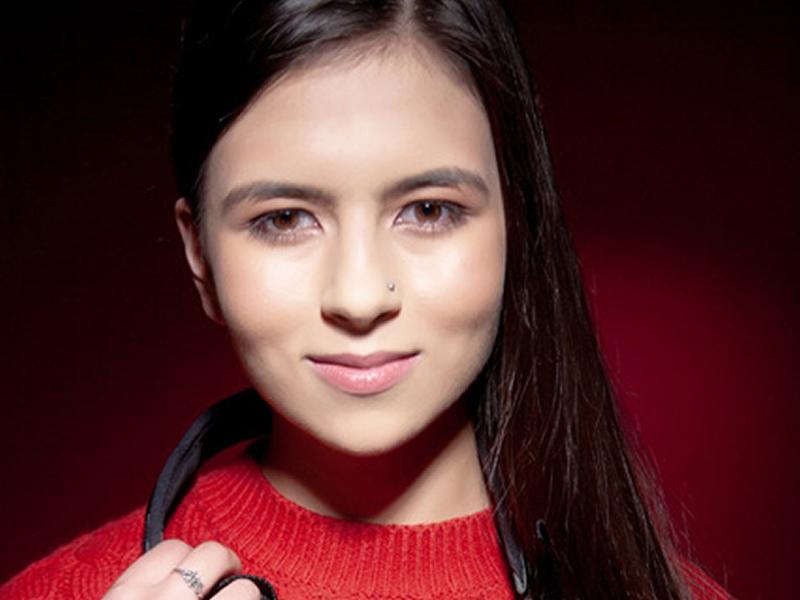 About Edinburgh International Book Festival Themes: A Planet in Crisis - Ideas for Action

‘If we continue on our current path, we will face the collapse of everything that gives us our security.’ That was Sir David Attenborough’s stark warning to the UN Security Council earlier this year. The weight of the Climate Crisis is a burden we have carried on our shoulders for over 60 years, but despite the impact of inaction already being felt across the planet through forest fires, flooding, water shortages, famines and the destruction of ecosystems in our rainforests and oceans: governments and corporations have remained alarmingly slow to change policies and practices. In this series of events we turn to those who offer positive calls to action and creative perspectives for protecting our planet – giving us hope that it’s not too late.

Julian Aguon & Nina Mingya Powles: Making Environmental Politics Personal
Sunday 15 August 14:15 - 15:15
Julian Aguon has witnessed first-hand the impact of globalisation and colonialism on the island of Guam in the Western Pacific. He joins us today by video link from Guam to discuss his life and work. Alongside him is Nina Mingya Powles, a writer and publisher from Aotearoa New Zealand, who recently won the inaugural Nan Shepherd Prize for Nature Writing. As part of the Prize, Scottish publisher Canongate is publishing a book of her writing, Small Bodies of Water, which mixes memoir with beautiful portrayals of the natural world in a series of luminous essays that move from London to Shanghai and Malaysia. Both writers bring a fascinating perspective on a world where the personal and the political intertwine.

Richard Flanagan: Life Support Systems
Monday 16 August 10:15 - 11:00
Following up on his winning novel The Narrow Road to the Deep North, Flanagan has produced The Living Sea of Waking Dreams which draws its lifeblood from the beautiful, fragile ecology of Tasmania. The narrative is built around 86-year old Francie who’s in the intensive care unit in Hobart’s hospital, her three grown-up children debating whether to administer last rights or fight to keep her alive. But it’s the novel’s setting that gives Francie’s story its vital context. Tasmania is depicted as a place of stunning natural beauty but ravaged by climate crisis: ‘ancient forests vanishing, beaches covered in crap, wild birds vomiting supermarket shopping bags’. Today Flanagan talks to writer Dan Richards about weaving the traumatic story of a family together with the wider issue of our collective need to reconnect with our environment.

Dreaming Big on Climate with Mya-Rose Craig
AGE 9+
Monday 16 August 13:15 - 13:45
In this event, British Bangladeshi environmentalist and race activist Dr Mya-Rose Craig (AKA Birdgirl) talks us through her new book, We Have a Dream, in which she speaks to thirty young environmental campaigners of colour from around the world about what needs to be done. Mya-Rose will be in conversation with Nadine Aisha Jassat.

Michael Morpurgo: Finding Hope in Nature
FAMILIES & 5+
Saturday 21 August 10:00 - 10:45
BSL Interpreted, Captioned
Michael Morpurgo has entranced generations of young people with his heartfelt stories and remarkable animal tales. He joins us today, live in our studio in Edinburgh, to talk about his two new tales about the animal kingdom. The Puffin Keeper tells the story of a life-changing friendship, a lost puffin, a lonely artist and how one event can change a life forever. While in A Song of Gladness, Morpurgo whisks you away on a journey through the animal kingdom, an adventure which encourages us all to value our place within the natural world.

Jeff VanderMeer: The End of All Things?
Saturday 21 August 20:15 - 21:15
Jeff VanderMeer, who grew up in the Fiji Islands and now lives in Tallahassee, Florida, makes a long-awaited return to the Book Festival to present his latest novel, Hummingbird Salamander. It’s a book which wraps profound questions about climate change and the world we live in, into a tightly plotted and fast-paced thriller full of unexpected twists and elaborate conspiracy. This is VanderMeer – three times winner of the World Fantasy Award – at his brilliant, cinematic best. He is joined by Scottish writer Heather Parry to dive headlong into a weird world of subterfuge and intrigue.

Kate Aronoff & Elizabeth Kolbert: Reimagining Our Response to the Climate Crisis
Sunday 22 August 20:15 - 21:15
Following on from her Pulitzer Prize-winning The Sixth Extinction, Elizabeth Kolbert’s Under a White Sky is a frightening and at turns darkly comic work, which explores how technological innovations may actually be the answer to reversing the centuries of damage humans have inflicted on the natural world. For Aronoff, an overhaul of our current policies and economies is the answer, as she sets out in her damning, bold and far-reaching Overheated: How Capitalism Broke the Planet – And How We Fight Back. Join two visionary thinkers as they discuss and share their insights on how not to give up, with doctor and writer Gavin Francis.

Minouche Shafik: Recipe for a Better Society
Monday 23 August 16:15 - 17:15
BSL Interpreted, Captioned
Minouche Shafik: Recipe for a Better Society
Minouche Shafik is the director of the London School of Economics and a hugely influential economist who was formerly Vice President of the World Bank and Deputy Governor of the Bank of England. In a landmark new book, What We Owe Each Other, she argues that it is time we created a new social contract – to pool risks, share resources and balance individual with collective responsibility. In this event Shafik explains that we need fundamentally to reorder and equalise how opportunity and security are distributed across society.

John Agard & Piet Grobler: A Poem for Our Planet
AGE 7+
Friday 27 August 10:15 - 11:00
Join poet John Agard for a trip into the colourful jungle, with a reading from his glorious new picture book, where you get to meet a playful Coyote and leave with a powerful message about saving our planet. This book is packed with beautiful language, but also filled with fantastic creativity and you'll get a glimpse into some of the work that’s gone into creating it with two videos from the book’s illustrator Piet Grobler. In one of the videos Piet demonstrates some of the many mediums he used to make the images in the book, which include collage, print-making roller, drawing and painting. At the end, grab your pencils and paper for a draw-along with Piet, followed by a live Q&A with John himself chaired by Nadine Aisha Jassat.

Gordon Brown: Global Crisis, Global Solutions
Sunday 29 August 10:00 - 11:00
Gordon Brown joins us to discuss his latest book, Seven Ways to Change the World, in which he sets out his plan for creating a fairer and more equal society. In the book and in today’s talk, Brown outlines seven major global problems we must address: global health; climate change; nuclear proliferation; financial instability; global poverty; the barriers to education and opportunity; and global inequality. Each one presents an immense challenge that requires an urgent global response and solution – something the past year has taught us is vital, but difficult to achieve. None can be solved by one nation acting on its own, but all can be addressed if we work together as a global community. Today Brown tells us why we must find a way to cooperate – and how it can be done – in a discussion with Jonathan Freedland.

Maggie Nelson: The Many Meanings of Freedom
Sunday 29 August 17:30 - 18:30
Maggie Nelson's latest book, On Freedom: Four Songs of Care and Constraint, was selected by the Guardian as one of their Books of 2021. In it, she turns her attention to how we think, experience, and talk about freedom, examining the notion through art, sex, drugs and climate. Nelson joins us to discuss the concept of freedom and what it can mean in rapidly changing, challenging times.

Meet the Tindims of Rubbish Island with Sally Gardner
AGE 5-7
Tuesday 31 August 09:15 - 09:45
The tiny Tindims turn our everyday rubbish into treasure in their home on Rubbish Island. Meet their creator Sally Gardner and find out how she uses her imagination and the world around her to inspire the stories. Then discover how you can get creative using recycled materials too! The Tindims series is dyslexia-friendly and perfect for reluctant readers.

This event is live and has been created especially for school pupils for our Baillie Gifford Schools Gala Day, but it’s also enjoyable for children and families to watch.

Magical Adventures with Abi Elphinstone
AGE 8-10
Tuesday 31 August 11:00 - 11:30
From living with the Kazakh Eagle Hunters in Mongolia to conjuring up secret kingdoms in her writing shed, Abi Elphinstone talks about the real-life adventures and accidental daydreams behind her books and shows you how easy it is to leap into stories of your own. Her latest book, The Crackledawn Dragon, whisks you away on a voyage across a magical sea kingdom which empowers you to battle climate change and fight to save your own world in the process.

This event is live and has been created especially for school pupils for our Baillie Gifford Schools Gala Day, but it’s also enjoyable for children and families to watch.

Join us at Dynamic Earth on Friday 10th December for our Dinky Dinos session which will be a winter themed story and will also include an exclusive Dinky Dino’s craft!
Read more

An Evening with David Sedaris

David Sedaris will take An Evening With David Sedaris across the UK and Ireland in summer 2022. Catch him live at the Usher Hall on Sunday 10th July!
Read more

Whitney - Queen of the Night

Queen of the Night is a stunning celebration of the music and life of Whitney Houston, one of the greatest singers of our time!