In addition to an array of immersive evening events filled with music, spoken word and storytelling, these are literary events to lose yourself in. 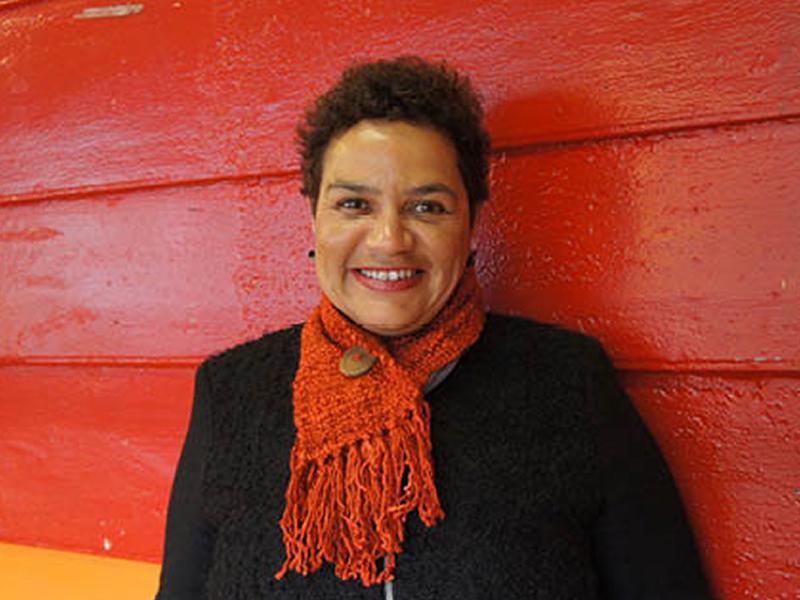 Bringing books to life through performance is a key element of the Book Festival. This year our Playing with Books partnership with the Royal Lyceum Theatre Edinburgh returns with special one-off interpretations of Sea State by Tabitha Lasley, The Long Drop by Denise Mina and a new writing commission, The Yellow Door by Kathleen Jamie. Former Scots Makar Jackie Kay brings blues singer Bessie Smith to life with her new biography and joins acclaimed jazz and blues vocalist Suzanne Bonnar who performs some of Bessie’s best loved songs. And author Jenni Fagan has worked with the Stellar Quines theatre company and actors from The Citizens Theatre WAC Ensemble to create a masterful new adaptation of You’ve Never Slept in Mine by poet, Scottish author and playwright Jessie Kesson which is performed as a rehearsed reading. In addition to an array of immersive evening events filled with music, spoken word and storytelling, these are literary events to lose yourself in.

Playing with Books: Sea State by Tabitha Lasley
Wednesday 18 August 20:30 - 22:00
For this event playwright and director Pamela Carter has worked with actors and designer Christine Ting-Huan Urquhart to prepare scenes from the book, which are presented in a 45-minute performance. Afterwards, Carter and the actors are joined on stage by Tabitha Lasley for a discussion (with audience contributions) about the book and the performance they have presented.

Songs from Scotland
Monday 23 August 20:30 - 21:30
In honour of Edwin Morgan’s centenary in 2020, the Edinburgh International Book Festival and Celtic Connections co-commissioned award-winning musician and composer Gavin Bryars to set five of Morgan’s poems to music. The poems, taken from Morgan’s 1984 collection  Sonnets from Scotland, conjure up images of an entirely different Scotland to the one Scots found themselves in after the 1979 devolution referendum, and continue to resonate today as Scotland considers the prospect of independence once more. Bryars’s resulting composition, a stunning choral arrangement, receives its premiere in this extra special commemorative celebration, performed by Glasgow ensemble Cappella Nova. Guests including recipient of the Edwin Morgan Trust Poetry Award in 2020, Alycia Pirmohamed will also join the celebration. Bryars completes the line-up for this unique event, to give an insight into the journey he took to set Morgan to music.

Playing with Books: The Long Drop by Denise Mina
Wednesday 25 August 20:30 - 22:00
The Long Drop is Denise Mina’s extraordinary multi award-winning depiction of one of Scotland’s most notorious serial killers, Peter Manuel. Based on true events, it evokes the bizarre encounters between Manuel and William Watt, whose wife, sister-in-law and daughter have recently been murdered. Watt suspects Manuel to have done the deed, so what does he do? He takes Manuel out on a drinking binge. For this event, Dominic Hill, Artistic Director of Citizens Theatre has worked with acclaimed writer Linda McLean and actors to prepare dramatic scenes from the book that they present in a 45-minute performance. Afterwards, Hill, McLean and the actors are joined on stage by Denise Mina for a discussion (with audience contributions) about the book and the performance they have presented.

Jackie Kay: My Libidinous, Raunchy, Fearless Blueswoman
Thursday 26 August 20:30 - 21:30
Captioned
Jackie Kay joins us to discuss her extraordinary book, Bessie Smith. It is as much a quest for emotional truth as for biographical fact, mixing poetry and prose, historical record and fiction. At times Kay enjoys imagining what the singer might have thought, or speculates about the contents of the trunk in which she kept her most beloved possessions. It all adds up to a towering monument to one of the 20th century’s most influential singers. Kay explains her unusual approach, while acclaimed jazz and blues vocalist Suzanne Bonnar sings some of Bessie Smith’s best-loved songs. This event is chaired by artist, feminist and co-founder of the Glasgow Women's Library Adele Patrick.

You’ve Never Slept in Mine by Jessie Kesson, adapted by Jenni Fagan
Friday 27 August 20:30 - 22:00
Captioned
Born in an Inverness workhouse in 1916, Jessie Kesson spent her early childhood in an Elgin slum before being moved to an orphanage and eventually being sent to work in service. Despite her inauspicious beginnings, she went on to become an acclaimed writer, often drawing on her early life experiences. Best known for her novels The White Bird Passes and Another Time, Another Place, she also published poetry, short stories and more than 100 plays including You’ve Never Slept in Mine. First broadcast on BBC radio in 1983 You’ve Never Slept in Mine provided a glimpse into the lives of young women in a residential children’s home. Today it provides the inspiration for a new collaboration. Stellar Quines theatre company along with actors Genna Allan and Chloe Wyper from the Citizens Theatre’s WAC Ensemble – Scotland’s first professionally supported theatre company for performers and theatremakers with care experience – have worked closely with novelist Jenni Fagan to create a masterful adaption. It is performed script-in-hand, followed by an on-stage discussion with the cast, Jenni Fagan and Stellar Quines’ Artistic Director Caitlin Skinner (who directs).

Hysteria: A Post-Apocalyptic Cabaret
Saturday 28 August 20:30 - 22:00
Curated by Mae Diansangu and Hanna Louise, Hysteria is here to guide you into this new world with a Post-Apocalyptic Cabaret. A performance night from Aberdeen, Hysteria was built by and for marginalised artists, making every performance an inherently political celebration, and this is no exception. Through song, spoken word and drag, the electrifying mix of performances inspire and challenge in equal measure as our six artists give us a Manifesto for a New World Order. This is about the audience as well: Hysteria is an unapologetically queer-affirming, trans-inclusive space where authentic self-expression is appreciated and encouraged. Come out or stay in, dress as fabulously as you please and enjoy the show.

Charles Yu: Smashing Hollywood Stereotypes
Sunday 29 August 20:15 - 21:15
Charles Yu, an HBO scriptwriter by day, has written the spellbinding novel Interior Chinatown, which focuses on this very issue as Willis Wu finds himself too often in the infuriating role of ‘Background Oriental Male’. Appropriately, the novel itself takes the form of a screenplay, but often breaks into a more novelistic format – a treatment so successful it won this year’s National Book Award for Fiction in America, with the judges describing it as ‘by turns hilarious and flat-out heartbreaking’. To celebrate the launch of his novel in the UK, Yu has worked with the Book Festival to create an event featuring actors who perform sections of the book, while Yu discusses its ingenious structure and the rigid racial hierarchies its everyman hero confronts with critic and author Stuart Kelly.

Michael Pedersen presents Good Grief!
Sunday 29 August 20:30 - 22:00
For one night only, prize-winning Edinburgh writer and Neu! Reekie! co-founder, Michael Pedersen presents some of his favourite voices from across literature and the arts. Celebrating with him is an all-star cast of writers and musicians: E A Hanks, Gemma Cairney, Rachel Sermanni, Hollie McNish, and Michael Mullen, who delivers a lustre-loaded salon-style waltz of poetry, prose and music, lighting a spark to make our way through the dark.

Playing with Books: The Yellow Door by Kathleen Jamie
Monday 30 August 17:30 - 19:00
Kathleen Jamie thinks not only of ‘the voice’ in her poetry and essays, but also of ‘listening and the art of listening… bringing the quality of attention to the world.’ Throughout 2021 she has been writing short, diary-like observations of what’s around her. As we have all gone online, she went offline into close observation of nature, of the experience of daily life, of family, of loss, anxiety, and hope. The result is a series of pieces which will stop you in your tracks; force you to switch off your device and look around. Jamie describes them as ‘prose-poems, letters, field-notes, poems and poem-notes.’ Could they be turned into theatre? David Greig, the Artistic Director of Edinburgh’s Royal Lyceum Theatre, as well as a composer, choreographer, and a team of actors and musicians translate these extraordinary fragments for the stage and present them to an audience for the first time.

Steve Hackett has announced that his 2020/21 World Tour will feature the whole of the 1977 Genesis live album Seconds Out in full, plus more! Catch him at Edinburgh Playhouse in September 2021!
Read more

Edinburgh Ceilidhs invites you to a ceilidh in Lauriston Hall with caller Ken Gourlay, ceilidh band and piper.
Read more

Dr Hook will be on the road again in 2021 with a spectacular show that will cover their rich musical history, catch them at Edinburgh's Usher Hall on 25th September!
Read more

Black Grape are celebrating the 25th anniversary of their seminal debut album, It's Great When You're Straight. Catch them at The Liquid Room on 25th September!
Read more