This series looks at stories of migration: from the often brutal catalysts for moving, to the arduous journeys undertaken, to the process of trying to adapt to a new home. 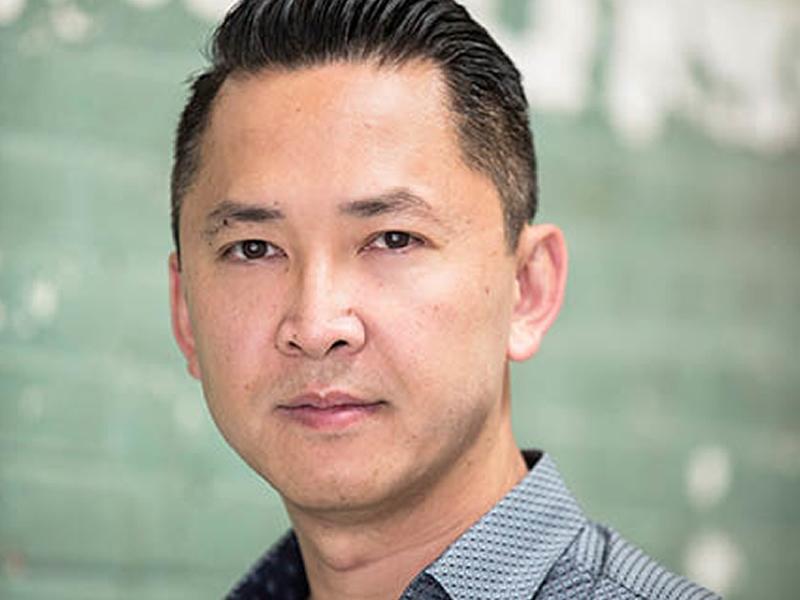 We are living through a new age of mass migration. Despite the enormous risks to their lives, millions of people are trying to cross deserts, seas and borders in order to escape poverty and violence at home. How do people who have left their homeland – either through exile, war, fear of persecution, or in search of a better life for themselves and their families – reconcile their past with their present life? And what does it take to feel a sense of belonging in a new country? This series looks at stories of migration: from the often brutal catalysts for moving, to the arduous journeys undertaken, to the process of trying to adapt to a new home. In this series, authors describe the pain of leaving those things familiar to them: the people they love, the customs, culture and traditions they’ve grown up with. They share the trauma of arriving somewhere with a vastly different landscape or climate, where they might have to learn a new language or train for a new occupation. How do hopes and dreams compare to the reality? And more critically, what do these stories tell us about the state of human compassion today?

Hoda Barakat: Lost Voices of the Arab Spring
Saturday 14 August 16:15 - 17:15
In this event the acclaimed Lebanese writer Hoda Barakat discusses her new novel, translated into English by International Booker-winning translator Marilyn Booth. Voices of the Lost, which won the International Prize for Arabic Fiction in 2019, is built around imagined letters written by migrants or asylum seekers from the Arab world – missives which sadly never reached their intended recipients. Each one, falling into the hands of another asylum seeker, prompts that person to begin a letter of their own. The result offers moving, sometimes painful insights into the lives of migrants – not only the betrayals and agonies but also, at times, the hope and faith that things will improve. Barakat joins us today from her home in France to discuss Voices of the Lost with Iranian-born poet Marjorie Lotfi.

Michael Rosen: Migration Stories
AGE 9+
Sunday 15 August 11:30 - 12:15
Captioned
Michael Rosen is known around the world for his picture books and poetry full of heart and good humour. In On the Move: Poems About Migration Michael weaves his family’s personal story into his poetry, from his childhood as a first-generation Polish immigrant in London, to the family member who never made it back from the Holocaust. These experiences are brought together with a universal message: ‘You can only do something now.’ Join Michael for a captivating and heartbreaking event demonstrating the power of poetry, chaired by Dean Atta.

Wayétu Moore & Nadia Owusu: On Belonging
Monday 16 August 16:00 - 17:00
Meet two women who combine breathtaking life stories with an uncommon ability to write about them. Wayétu Moore joined us last year with her fictional reimagining of Liberia’s history, She Would Be King. Now she returns to tell her true life story and it’s every bit as exhilarating.
Nadia Owusu’s Aftershocks is the riveting and deeply emotional story of her nomadic childhood, moving with her father between Europe and America. Abandoned by her mother at the age of two, Owusu was then orphaned at the age of thirteen after the death of her father. Then Nadia’s stepmother weighed her down with a revelation that was either a bombshell secret or a lie. Join Moore and Owusu as they share their remarkable memories.

Yvonne Adhiambo Owuor: Across the Indian Ocean
Monday 16 August 19:15 - 20:15
Yvonne Adhiambo Owuor’s second novel finally arrives in the UK, giving readers another chance to dive into her imagination – this time through the eyes of Ayaana, an exuberant but ethereal heroine who lives on an island off the coast of Kenya. With her partial Chinese ancestry, Ayaana is the fictional result of a real-life event: a 15th century Chinese shipwreck which left a number of Chinese people living on Africa’s east coast. Owuor’s novel is a magic realist marvel full of dragonflies and dreams, the ebb and flow of the ocean tides, and at the same time a worldly-wise exploration of human migration. Today she discusses her richly complex book with Fiammetta Rocco.

Samar Yazbek: Escapism for Survival
Tuesday 17 August 16:15 - 17:15
The TV news reports from war-torn countries such as Syria offer a picture of suffering amid the debris and devastation, with women and children often reduced to the role of ‘victims’. Can we reach a more complex understanding of how non-combatants caught up in such conflicts find ways to continue their lives? Leading Syrian author Samar Yazbek joins us live from France to discuss the vital role of the imagination in the struggle for survival. Yazbek spoke about the challenges of life in Syria at the Book Festival in 2012; since then, her home country has continued to endure a devastating conflict. Her latest novel, Planet of Clay, tells the story of Rima, a young girl living in Damascus while the city is being bombed. Rima finds refuge in an imaginary world of fantasy, until one day her mother is shot dead by military gunfire while they are travelling together through the city. The injured girl is taken to recover in the besieged Ghouta neighbourhood and there, she writes her story.

Leah Cowan, Julián Fuks & Abbas Nazari: Surviving Hostile Environments
Wednesday 18 August 13:15 - 14:15
Detained, fingerprinted, treated with hostility. These are some of the words used recently by EU citizens seeking entry into the UK. How do Britain’s borders reflect the government’s Hostile Environment policy, and how does its border regime link with Britain’s colonial history? Journalist Leah Cowan seeks answers in Border Nation, which seeks to debunk myths around migration. Also asking searching questions about migration is Julián Fuks, one of Brazil’s outstanding writers. Translated into English by Daniel Hahn, Occupation centres on refugees occupying a derelict building in downtown Sao Paulo – a group whose stories shed light on the circumstances that can trigger the migrant journey. As a child, Abbas Nazari fled with his parents in 2001 from Taliban persecution in Afghanistan, eventually ending up on a small fishing boat in the Indian Ocean with 426 others. Rescued by a Norwegian cargo boat, The Tampa, they found that no country was willing to offer them asylum. Now he has written an account of his shocking story. Each writer offers different perspectives on the brutal human dynamics of expulsion and repulsion, and they discuss these today with writer and campaigner Caitlin May McNamara.

Viet Thanh Nguyen: Through the Eyes of a Vietnamese Refugee
Friday 20 August 20:15 - 21:15
In 1975, at the age of four, Viet Thanh Nguyen fled from Vietnam with his family. Like so many others, these refugees from their war-torn country ended up in America. Fortunately, Nguyen is blessed with a stellar command of the written word and has produced two illuminating semi-autobiographical novels. Together they go a long way towards rewriting the narrative of the Vietnam war; a story until now largely written from an American perspective.
In this event Nguyen joins acclaimed author and lawyer Philippe Sands QC via live link to discuss the real-life events that contributed to his novel, and the ways fiction can challenge perceived real-world truths.

Amartya Sen: Home and Humanity
Monday 23 August 16:00 - 17:00
Amartya Sen is Professor of Economics and Philosophy at Harvard University. His many books include The Idea of Justice, a critique of existing theories of social justice, with which he last visited the Book Festival in 2010. Now, Professor Sen has written a memoir, Home in the World, which among many other things explores the meaning of ‘home’. He joins us today to talk about his life and work with Scottish journalist Ruth Wishart.

Raja Shehadeh: The Quest for Peace
Thursday 26 August 14:30 - 15:30
For many years, lawyer and writer Raja Shehadeh has shared his wisdom about life under occupation in the Palestinian West Bank. Each year he and his wife Penny travel from their home in Ramallah to spend the summer in Edinburgh, and Book Festival audiences have had the opportunity to learn first-hand about one of the world’s most intractable conflicts. Join Shehadeh as he talks to writer and activist Esa Aldegheri.

Helena Merriman: Undermining the Berlin Wall
Monday 30 August 16:15 - 17:15
Many of us remember 1989 and the images of people dancing on the Berlin Wall before it fell. Journalist and broadcaster Helena Merriman has focused on the other end of the Berlin Wall story, the early 1960s when it was first built. Based on her award-winning Radio 4 podcast series, her book tells the spine-tingling true story of a man who escaped from East Berlin and then, from the western side, dug a tunnel under the Wall to allow others to escape too. In a series of fascinating interviews, Tunnel 29 follows Joachim and his friends as they set about digging a passage which enabled 29 strangers to travel to the West. Join the author as she shares the many twists and turns, setbacks and Stasi infiltrations encountered along the way. Sixty years on, when political dividing walls have become fashionable once again, the story of Tunnel 29 is strikingly relevant. This event is chaired by Scottish journalist and broadcaster Sheena McDonald.

Balerno Farmers Market is held on the 2nd Saturday of every month on Main Street between 9am and 1pm.
Read more

Every Saturday the centre of the Grassmarket becomes a flurry of excitement as we host our weekly market.
Read more