A Toast to the People: Hollie McNish and Wana Udobang 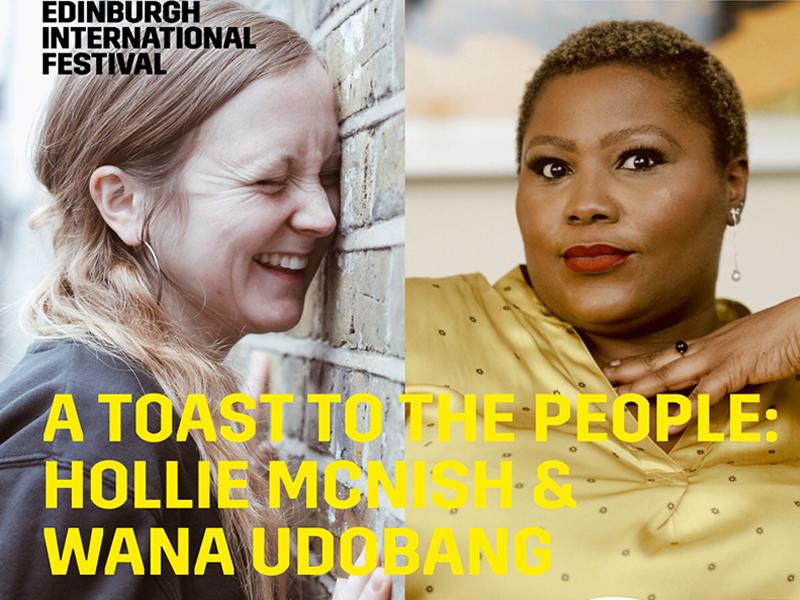 About A Toast to the People: Hollie McNish and Wana Udobang

Expect a celebration of contemporary storytelling at its finest.

Not easily categorised, Glasgow-based Hollie McNish is a writer who loves writing. She has released two spoken word albums and a collection titled Plum since winning the UK Poetry Slam in 2009, and her new book Slug…and other things I’ve been told to hate was released in May of this year. McNish’s new poems often go viral, reaching millions on YouTube and she has also won the 2016 Ted Hughes Award for her poetic memoir Nobody Told Me.

She performs along with Wana Udobang for this A Toast to the People event. Udobang is a storyteller and artist working at the intersection of writing, poetry, performance and film. She has released three studio albums as a poet and for her work in journalism has been awarded numerous fellowships, including the International Women’s Media Foundation Fellowship. Udobang has spent the last five years developing and curating Culture Diaries, an archival project and Pan-African artist network that uses multi-platform storytelling to document African artists. She is a 2021 University of IOWA International writing residency fellow.

A Toast to the People brings together two spoken word artists, each performing their own set of performance poetry that includes a specially commissioned piece inspired by Gil Scott-Heron and Brian Jackson’s ‘A Toast to the People’. Following their sets, the two artists take part in an exclusive discussion about their work and the pervading issues and themes of today.

Our outdoor venues are covered, but you should come dressed appropriately for the weather, including suitable footwear for walking across grass.

This four hour, short printing course knows no bounds and only cares about you creating something special and going home with something beautifully wearable.
Read more

Ocean Terminal Market is a fantastic and fun weekend market has a great range of arts, crafts, food and drinks!
Read more

Spend a relaxing afternoon in the studio learning fun and addictive macramé techniques as you knot your own plant hanger at this workshop run by The Edinburgh Sewcial Club!
Read more