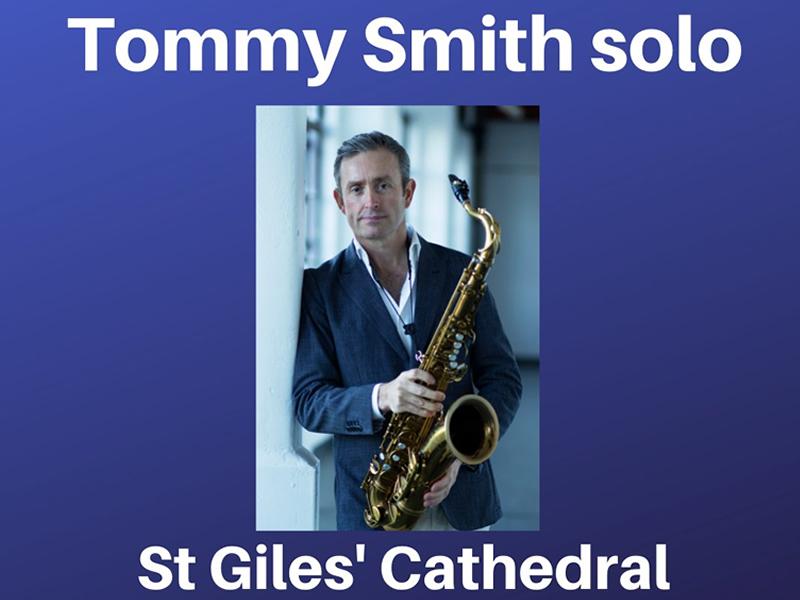 Tommy Smith is one of the world’s leading saxophonists. A presence on the international jazz scene since his teenage years, when he toured internationally with vibes virtuoso Gary Burton’ Whiz Kids quintet, Smith has gone to record with the definitive jazz label, Blue Note and work with myriad jazz greats including Chick Corea, Jaco Pastorius, John Scofield, Randy Brecker and Jack DeJohnette.

His compositions and work as a soloist extend to the symphonic arena, with albums including Modern Jacobite with the BBC Scottish Symphony Orchestra. He is also the founding director of the Scottish National Jazz Orchestra which he has built into a world class, award-winning big band whose collaborations include tributes to Weather Report, with drummer Peter Erskine, and Frank Sinatra, with Kurt Elling, new works for jazz orchestra and Japanese taiko drummers and most recently collaboration involving live artwork with Russian artist Maria Rud in Edinburgh’s 12th century St Giles’ Cathedral.

As well as touring and recording with his own groups, including Tommy Smith Quartet: Embodying the Light in dedication to John Coltrane, and playing duo concerts with pianist Peter Johnstone, Smith tours the world with Norwegian double bass master Arild Anderson’s trio, which records for the prestigious ECM label and is widely regarded as one of the leading groups working in jazz today.

In 2019 Smith was awarded the OBE for services to jazz and education, adding to myriad awards including honorary doctorates from the University of Edinburgh and Caledonian University, Glasgow and a professorship from the Royal Conservatoire of Scotland, where he founded and leads the internationally admired jazz course.
Smith’s solo saxophone concerts feature entirely acoustic performances of spontaneously chosen melodies drawn from the jazz, folk and praise song traditions and highlight his wonderful tone reproduction and consummate improvising capabilities in an intimate conversation with the audience.

Other Events at St Giles Cathedral

A Night At The Opera

Presented by Candlelight with some of the country's greatest opera singers in the stunning setting of St Giles' Cathedral, this truly is an evening not to be missed!
Read more

Enjoy Vivaldi's timeless classic, The Four Seasons, and other magnificent works by Candlelight at St Giles' Cathedral, performed by the outstanding musicians of the Piccadilly Sinfonietta!
Read more