Paul Newman's career-defining turn as Fast 'Eddie' Felson, a man on the make, determined to break into the high stakes world of professional pool ‘hustling’. 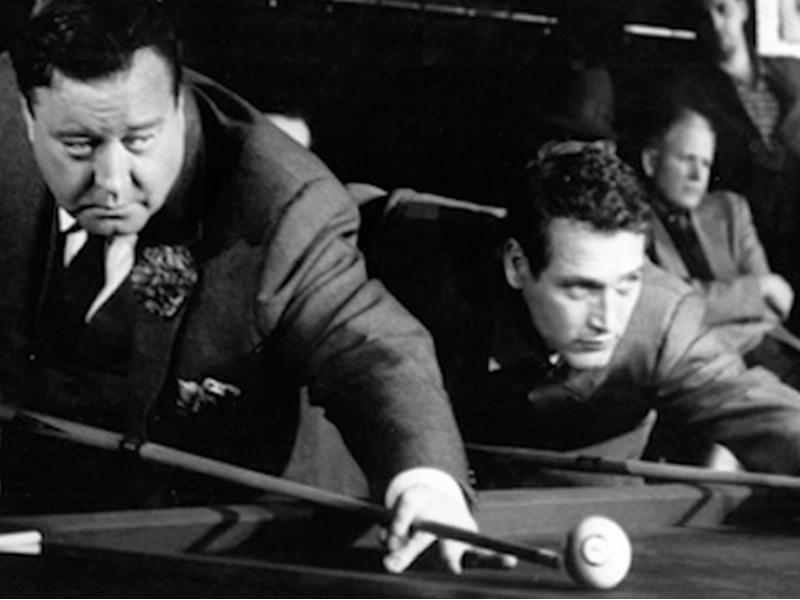 About Free Screening: The Hustler

This classic Hollywood sports drama inspired Martin Scorsese’s mid-1980s sequel The Colour of Money (1986). It stars Paul Newman in one of his most memorable roles as “Fast” Eddie Felson, a man on the make, determined to break into the high stakes world of professional pool ‘hustling’.

Based on a novel by Walter Tevis, who has had quite a renaissance thanks to the recent Netflix success of the chess miniseries Queen’s Gambit, Robert Rossen’s powerful and hard-hitting pool hall drama pretty much reconfigured the look and shape of Hollywood’s sports dramas. Featuring an incredible supporting cast of Jackie Gleason, Piper Laurie, George C. Scott and Murray Hamilton, the film also has a small cameo role for the ‘Raging Bull’ himself, Jake LaMotta. Despite being 60 years old it still stands the testament of time as one of the landmark films of its genre.

Join us for a captivating look into the past, present and future of Scottish writing.
Read more

Dancing in the Streets: Omar Rajeh

Dancing in the Streets: Janice Parker

Dancing in the Streets: Alice Ripoll

Dancing in the Streets: Gregory Maqoma

Experience an extraordinary collection of short films when the Banff Mountain Film Festival returns to the Festival Theatre on 1st and 2nd September!
Read more

The Ocean Film Festival returns to the Festival Theatre with a brand new selection of the most amazing ocean films.
Read more

Concert Screeing - Mick Fleetwood and Friends: Before The Beginning

Watch this once-in-a-lifetime concert event captured at The London Palladium on 25 February 2020, it is an absolute must-see for any music fan out there!
Read more