Personal experiences with mental health problems inspired each of these shorts, ranging from animation and experimental film to documentary and drama, part of SMHAF 2021. 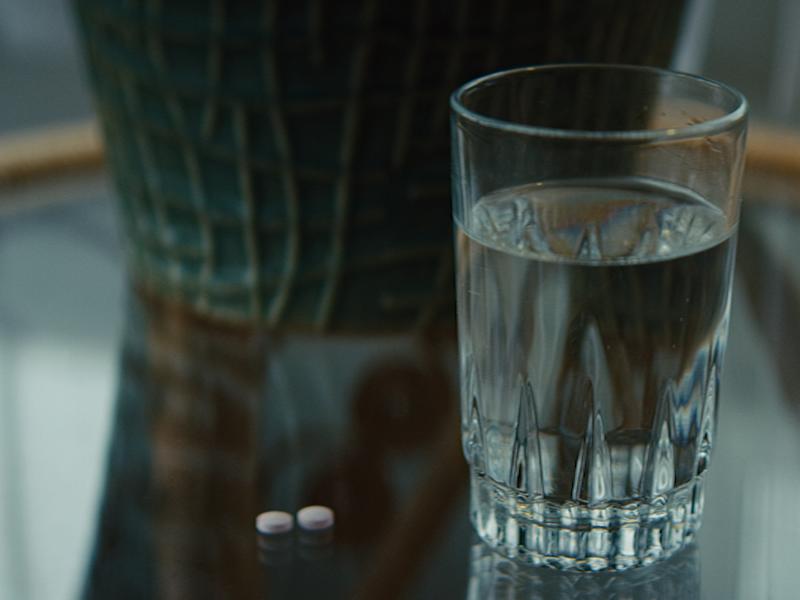 Hailing from the UK, North America and Eastern Europe, these films explore how individuals both are affected by and recover from problems including negative body image, borderline personality disorder, and depression, and how the people around them contribute to or help to prevent mental health problems from emerging.

Join us for a Zoom Q&A with the filmmakers at 2pm on Saturday 15 May.

My Own Personal Lebanon, Theo Panagopoulos, United Kingdom, 16m, Scottish Premiere
A short documentary about a young Greek filmmaker attempting to connect with his Lebanese heritage by discovering stories of the war. Intergenerational trauma and the tension between personal and national identity are sensitively explored through conversations uncovering the silences of the past.

Borderline Coffee, Jeff Ayars, USA, 10m, European Premiere
A charming drama in which a young woman with crippling anxiety attempts to start her day with a trip to a coffee shop. Based on writer and star Susanna Stahlman’s own experiences, Borderline Coffee captures the relentlessness of her inner voices and the impact that her mental health has on her everyday life. Content: panic attack, brief nudity.

Benny’s Best Birthday, Benjamin Schuetze, Canada, 18m, European Premiere
A deeply personal drama based on director Benjamin Schuetze’s own experiences with mental illness and recovery. A filmmaker returns to his childhood home to stay with his well-meaning but ill-equipped family during the early days of his recovery. Schuetze acts in the leading role, alongside his brother, who not only co-wrote the script but also supported him throughout his illness. Content: use of medication, discussion of suicide.

Fatboy, Dan Castro, Scotland, 4m, World Premiere
After years of self-abuse, a young man realises that maybe his issues with his body aren’t actually about his body at all. This short, biographical film is about male body image, the pressure we put ourselves under, and being kind to ourselves. Content: body image, strong language.

Common Language, Voila Chajkouskaya, Estonia, 13m, UK Premiere
A filmmaker returns to the Belarusian town of Vitebsk from her studies in Estonia to talk to her parents about topics that were previously considered taboo. A raw and engaging documentary about the complexities of talking issues that impact on our mental health with the people we love and finding a common language. Content: alcohol addiction, domestic violence.


Where possible we will update our listings to notify of cancelled, postponed and rescheduled events, however we STRONGLY ADVISE that you check with the venue/organiser in the first instance for updates.
All information (whether in text or photographs) is supplied in good faith but should not be relied upon as being a statement of representation or fact.
Want to be the first to hear about what's happening in Edinburgh? Just hit 'Like' on our What's On Edinburgh Facebook page, join the What's On Scotland Facebook Group and 'Follow' on our @WhatOnEdinburgh Twitter or Instagram accounts and you're all set!

Fringe by the Sea: Gail Porter

Gail Porter speaks from the heart about the highs and lows of her life and career – and in particular her experiences of mental health illness.
Read more

Fringe by the Sea: Sam Baker ‘The Shift’ in Conversation with The Flock

In ‘The Shift’, writer and journalist Sam Baker seeks to empower and give voice to women to create a new narrative. Sam talks here to Jennifer Crichton, editor of The Flock.
Read more

Army@TheFringe returns to the stage at Edinburgh in August with a bright and bold programme of theatre, discussions, installation - mixed with magic and variety.
Read more

Fringe by the Sea: Gordon Buchanan – Animal Families and Me

Animal Families and Me promises a unique opportunity to hear personal recollections of Gordon’s globetrotting travels, as he delves into his world of weird, wild and wonderful wildlife.
Read more

Fringe by the Sea: Lemn Sissay

Fred MacAulay, one of Scotland's best-loved stand-ups, is back with his live chat show. Joining Fred will be stars from the worlds of sport, entertainment, business and politics.
Read more

The Royal Society of Edinburgh: Curious

The Royal Society of Edinburgh (RSE) will be making us wonder this summer as it launches its third annual events programme, Curious.
Read more