A Sense of Place and Earth Shaker

A Sense of Place and Earth Shaker is a joint exhibitions at The Scottish Gallery in March by Michael McVeigh and David Cook. 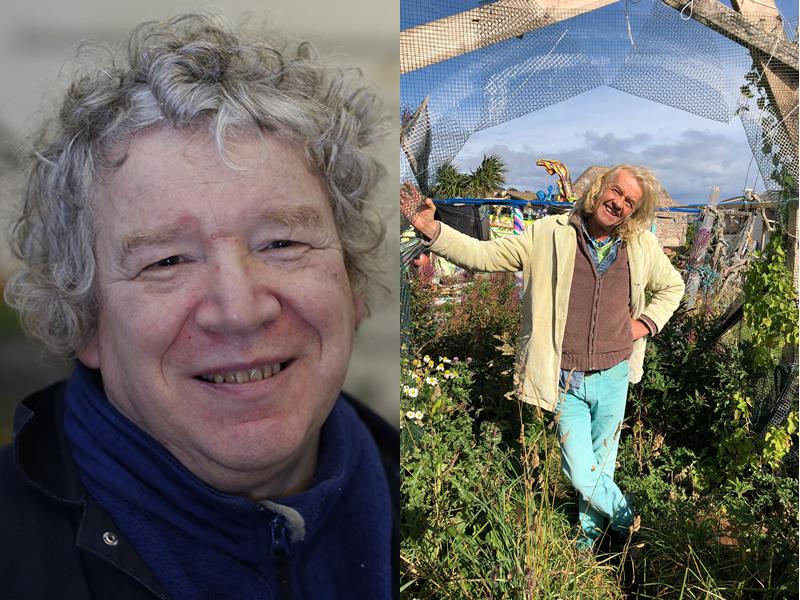 About A Sense of Place and Earth Shaker

This exhibitions will be hung and filmed for online, and if restrictions allow they will open up to the public!

March sees joint exhibitions at The Scottish Gallery by Michael McVeigh, who until recently worked in Edinburgh as a street artist, even being known as a cult figure by the city’s groups on nights out, who also draws inspiration from his Scottish surroundings. Alongside McVeigh’s work is fellow Scot David Cook who uses his imposed isolation on a remote stretch of coastline to connect with the wild and develop his seaside garden.

Michael McVeigh’s works in A Sense of Place also focus on his Scottish surroundings, depicting the world around him, creating both a naïve and sophisticated setting for contemporary life. There is something of the medieval chronicler about the way he works, depicting the quirky nature of our very existence. His works focus on Scottish subcultures and traditions - Edinburgh streets, Scottish pipes and drums, harbour scenes and pubs, fisherfolk and folk musicians. He draws an older Scotland, referencing painters like David Wilkie, Alexander Carse or James Howe.

Michael McVeigh has followed an unconventional journey as an artist; having left school with no qualifications he decided he wanted to be an artist and so began, unannounced, going to classes at Duncan of Jordanstone Art College. Eventually his presence was challenged and it was James Morrison, then one of the lecturers, who formalised his position and accepted him as a full-time student, based only on his drawings and painting. Until recently, he had a stall on Edinburgh’s Rose Street selling his ‘lizard’ prints yet, despite his humble origins, his works are held in both public and private collections including town halls, pubs, fishmongers and a number of municipal and national institutions. His work can be considered outsider art but it is honest and unpretentious portrayals that have drawn him acclaim.

Working in isolation has become normal for many people over the course of the last year. However, for David Cook, whose home and studio are perched on a remote stretch of North Sea coastline, nothing much has changed. His self-imposed isolation means he takes inspiration from his immediate environment, his works changing with the seasons as he charts the environment through the rhythms of the natural world. Winter and autumn provide the drama of violent seas and ever-changing skies while the spring and summer months offer regeneration that leads to abundance and profusion as life and colour return.

Earth Shaker is the product of three years’ hard work focussing on the wild, seaside garden in front of his cottage. The fertile grassy acre between his house, a ruined fisherman’s hamlet that he transformed, and the rocky coast is a wilderness garden, enlivened with flotsam sculpture, thrumming with life and brilliant in colour in the summer. Flowers and long grasses grow untamed, threatening to engulf his studio. His paintings are made in rich impasto of oil paint, with a joyous freedom that shows the intensity of his natural surroundings become the very fabric of his work.

Cook’s career has seen him decorated with numerous high profile art accolades including first prize at the annual student show at the Royal Scottish Academy in 1983, the Guthrie Award at the RSA in 1985 and Scottish Arts Council Awards in 1985, 1988 and 1989.

While we take every opportunity to ensure the details for A Sense of Place and Earth Shaker are accurate, we always advise that you contact the event organiser before setting out for the event to avoid disapointment. All information (whether in text or photographs) is given in good faith but should not be relied upon as being a statement of representation or fact.

Celebrate the start of the weekend with Zoomtunes, half an hour of fun and frolics led by expert singing teacher Libby Crabtree!
Read more

How to Build an Online Shop

How would you like to learn how to build your very own online shop? This exciting 7-week club run by Heart of Midlothian FC's Innovation Centre will show you exactly how to do that.
Read more

Create an App to Save the World

Heart of Midlothian FC's Innovation Centre: Build new skills in app design and development to solve a problem that affects the world’s people and planet. Suitable for S1-S3 girls and boys.
Read more

The Soundhouse Organisation is delighted to bring you a new series of ten online gigs, intimate one-of-a-kind concerts presented as-live and beamed directly into the comfort of your home.
Read more

In this online talk, Alice Strang, Senior Curator of Modern and Contemporary Art at the National Galleries of Scotland, will discuss the ‘First Women of the Royal Scottish Academy’.
Read more

A Sense of Place and Earth Shaker

A Sense of Place and Earth Shaker is a joint exhibitions at The Scottish Gallery in March by Michael McVeigh and David Cook.
Read more

Digital Talk: Introduction to the World of the Japanese Kimono

Edinburgh based Japanese Tea Master Mio Shudo, an expert on the diverse cultures of Japan, will present an online talk aided by an illustrated powerpoint presentation.
Read more

Up Close and Personal with the Black Death in Edinburgh

Join The Real Mary King’s Close on 13th March as we shine a light on those sinister parts of Scottish history in our virtual broadcast streamed live from the site!