Don't miss FUR when they stop off at Sneaky Pete's on the 18th November as part of a UK tour! 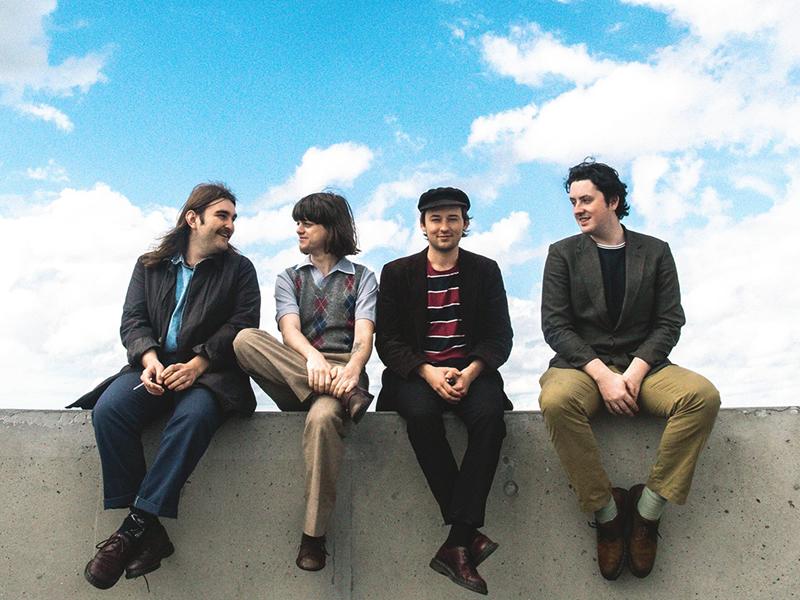 In the modern world of streaming-dominated music consumption, there are a few standard ways that artists tend to rack up the numbers. They’re either signed to a major label, who have the leverage and cash to get them all up in people’s eye-lines; they’ve managed to nab a lucrative spot on a New Music Friday playlist, or they’ve made friends with Hugh Jackman and wound up on 'The Greatest Showman' soundtrack. Rare, however, is the track that climbs into seven-figure streams just by virtue of being very, very good. And even rarer still is the occasion when that happens to a virtually unknown indie band.

‘If You Know That I’m Lonely’, the jangling, sepia-tinged and '60s-inflected bop released by Brighton quartet FUR last autumn, however, is currently sitting at over 3.6 million Youtube views.

It’s had no car commercial sync deals and no Ed Sheeran endorsement; the only boost its been given is an initial backing by Jager Curtain Call - the collaboration between Jaegermeister and UK publication DIY Magazine, who first funded the recording of the track. Amusingly, coupled with an aesthetically-pleasing, Wes Anderson-esque video that cost “about £100 to make”, this probably gives the song the most cost-effective money: stream ratio on the entire platform. "When we released it we were hoping that it'd get to 20,000 in a couple of months, but then one day it started going up,” remembers singer Murray. “Since then, it's 100% changed everything. It's not just people saying 'cool video' and sharing it; a lot of these people are buying our records and merch and have adopted us as their new favourite band. We're in a time where it's still a fairly recent thing for a Youtube video to build something like that, so for a band to find their fanbase this way is really cool.”

Formed just over three years ago in the seaside town that the band - completed by guitarist Harry, bassist Tav, and drummer Flynn - still call home, FUR might not have expected this sudden change of fortune, but their ambition and determination was there from the start. Meeting initially on a Freshers internet forum, Murray and Harry had formed the basis of the group and began writing before they even started their first day of uni. When finding other flatmates, meanwhile, their only requirement was that they play either drums or bass. "I was very aware that going to a place like Brighton would definitely allow you to do the band thing," explains the singer. “So when me and Harry met each other we thought, let's get it started as soon as possible so we're not wasting time.”

With a full quartet on board, they began to pen tracks based equally in the ‘00s indie they’d grown up with and an increasing rekindled interest in the older music they’d always known from home. "It started off [influenced] by The Strokes and The Cribs, who are another band we all really adore. But as we kept on writing, I found myself really enjoying and being really good at tapping into that [other] place,” explains Murray. "So then it was a case of looking at what sounded like FUR and getting that balance where it doesn't sound like a band from the ‘60s, it sounds like if a '60s band were doing something modern.” Harry notes: "For some reason, even when we'd only written two songs, we already knew what FUR sounded like.”

Heading into the release of their debut EP, following recent single ‘What Would I Do?’ (itself already up to half a million views, FYI) what FUR sound like currently is a band capable of penning a particularly nostalgic strain of guitar music but making it sound fresh again. Taking the age-old love song trope and reinvigorating it, theirs are tracks that feel familiar and classic but with a vibrancy that’s entirely new. “The three most written-about things are love, money and sex. One I’m not that comfortable writing about, and I don’t have that much money, but everyone’s felt some feeling of love and there’s something powerful about that,” the singer states. "It’s the strongest emotional connection I can have with a song.”

So far, this outlook has earned them critical plaudits from tastemakers such as Steve Lamacq, as well as gaining them support slots with a truly diverse set of artists including Miles Kane, The Brian Jonestown Massacre and London crooner Matt Maltese - who they’ll shortly be heading out on a full tour with. FUR have also found that their music’s been resonating in more places than just their homeland, too. "I think the one thing we really appreciate is people telling us we have a fanbase in places we never expected. Indonesia has become a big thing, and when people in Peru say there are whole groups of people out there that love us, that's amazing,” says Flynn before Murray chips in: “And there's been so much fan art. That's when I think, what's going on?! When you see someone who's spent like, six hours drawing your face…”

It’s a fair point, but with an ever-increasing group of supporters already on board and a forthcoming EP set to cement their excitement, FUR better get used to a little healthy adoration. "When we all think back to where it started with ‘If You Know That I’m Lonely’, doing it on such a shoestring and seeing where we’ve got to now from that, it’s mad,” sums up Murray.

Other Events at Sneaky Petes

Alice Merida Richards and Sam Pillay aka Virginia Wing are heading out on tour in support of their new album 'private LIFE', catch them live at Sneaky Pete's on the 28th September!
Read more

Liz Lawrence is currently touring the UK and stops off at Sneaky Pete's Edinburgh on Monday 4th October!
Read more

Thumper are on tour this October and stop off at Sneaky Pete's Edinburgh on Tuesday 12th October!
Read more

Cherym are a three-piece from Derry in Northern Ireland with some seriously infectious songwriting credentials. Don't miss them when they play Sneaky Pete's on 16th October!
Read more

Jockstrap are going on tour in 2021 and will be playing Sneaky Pete's Edinburgh on Sunday 17th October!
Read more

Catch Goan Dogs when they stop off at Sneaky Pete's on Monday 18th October as part of their UK tour!
Read more

Brighton's Gender Roles have announced their 'Rock Refresher' UK tour which will stop off at Sneaky Pete's on 19th October.
Read more

Just Mustard have been steadily building a reputation as one of Ireland’s most thrilling new bands and you can cath them at Sneaky Pete's Edinburgh on Thursday 21st October!
Read more

Artwork is one of the most entertaining raconteurs around. From Berghain to Printworks and Warehouse Project, he's always in demand. Catch him at The Caves on 22nd October.
Read more

There’s an enticing lost world exoticism to the music of Bananagun. Catch them at Sneaky Pete's on Saturday 23rd October!
Read more

Post-punk four-piece Sprints create a unique sound that pulls from garage, grunge, punk and beyond, catch them at Sneaky Pete's on Tuesday 26th October!
Read more

The seminal rock band Mush have reformed to play a series of intimate UK dates including one at Sneaky Pete's Edinburgh on Wednesday 27th October!
Read more

Fife based indie-pop group Club Beirut have announced a Scottish tour for 2021, catch them at Sneaky Pete's on 29th October!
Read more

Erika De Casier, one of the most essential names in modern RnB, comes to Sneaky Pete's Edinburgh as part of her upcoming tour!
Read more

Bess Atwell is heading out on tour with music from her new album 'Already, Always', don't miss out on tickets for her show at Sneaky Pete's on November 20th!
Read more

London singer Greentea Peng is on a European tour in 2021 and brings it to Sneaky Pete's Edinburgh on 23rd November!
Read more

Ash will be performing at Sneaky Pete’s on December 3rd as part of the Passport: Back To Our Roots campaign.
Read more

The Surfing Magazines. One half of Slow Club and 2/3rds or The Wave Pictures, plus a really great drummer. Catch them at Sneaky Pete's on 15th January!
Read more

AGP is delighted to present up and coming indie band Open Plan with support from The Devanties and Paradise Collective at Sneaky Pete's on 25th March 2022.
Read more

The Manic Street Preachers are on tour in 2021 following the release of their 14th studio album ‘The Ultra Vivid Lament’ and play the Usher Hall on 28th September!
Read more