Nitin Sawhney, one of the most distinctive and versatile musical voices around today, brings his 2022 tour to The Queens Hall Edinburgh! 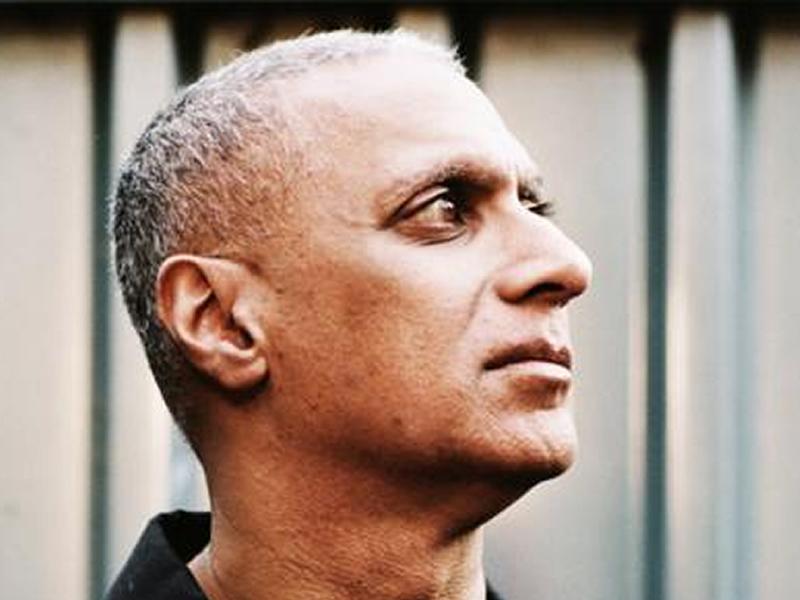 Sawhney’s output as a musician is astonishing.

He has scored for and performed with many of the world’s leading orchestras, and collaborated with and written for the likes of Paul McCartney, The London Symphony Orchestra, Brian Eno, Sinead O’Connor, Anoushka Shankar, Jeff Beck, Shakira, Taio Cruz, Horace Andy, Cirque Du Soleil, Mira Nair, Nelson Mandela and John Hurt.

Performing extensively around the world, he has achieved an international reputation across every possible creative medium. Often appearing as Artist in Residence, curator or Musical Director at international festivals, Sawhney works tirelessly for musical education, acting as patron of the British Government’s Access-to-music programme and the East London Film Festival as well as acting as a judge for The Ivor Novello Awards, BAFTA, BIFA and the PRS foundation.

To date, Sawhney has scored over fifty films as well as a plethora of international TV programmes, ads and cinema trailers. Signed to prestigious London agency, Hothouse, he has scored everything from dark, high-tension drama to light hearted animatronics.

Sawhney has worked extensively with Cambridge based games developers, Ninja Theory, on their international best-selling and groundbreaking titles, Heavenly Sword, Pigsy and Enslaved. As sole composer for these games, Sawhney has evolved an entirely new range of technical skills for the cutting edge world of motion capture videogame narrative.

An acclaimed flamenco guitarist and classical/ jazz pianist, Sawhney’s musical ability to transcend cultural barriers has gained him much recognition from the classical and pop communities, leading to his unique claim to broadcasting and selling out as artist in his own right for both the BBC Traditional and Electric Proms at London’s Royal Albert Hall and Roundhouse respectively. His band has toured the world for decades and Sawhney has performed and scored in recent years with international orchestras to silent films, most notably Franz Osten’s A Throw of Dice and Naruse’s Yogoto No Yume with the LSO.

Now with his own BBC Radio 2 show “Nitin Sawhney Spins the Globe”, Sawhney, given his classical background, is a surprisingly experienced and established DJ, spinning everything from Afro-beat and Dubstep to Asian breakbeat and drum ‘n’ bass.

In this concert series Kurt Elling reunites with Tommy Smith and the SNJO for Apparition Bridge at The Queen's Hall Edinburgh on 18th November!
Read more

Dublin-based band Villagers, fronted by Conor J. O'Brien, are heading out on tour, catch them live at The Queens Hall Edinburgh on 7th March!
Read more

This crime-writing super-group have temporarily put down their pens, picked up guitars and will be performing killer tunes in a series of roof-removing shows including a date at The Queens Hall.
Read more

Patrick Kielty: Borderline - A Postcard from the Edge of the Union

Patrick Kielty brings his bittersweet, poignant and laugh-out-loud funnny show Borderline: A Postcard from the Edge of the Union to The Queens Hall Edinburgh on 1st June!
Read more

Kevin Bloody Wilson, the Aussie funnyman who stands out as a beacon for PC pushback, has announced a series of 2022 UK tour dates including a night at The Queen's Hall on 4th November!
Read more

And Then There Were None

This brand-new production of 'And Then There Were None', the bestselling crime novel of all time, will keep you on the edge of your seat.