Kokoroko, winners of ‘Best Group’ at the Urban Music Awards 2020, come to The Queen's Hall Edinburgh on Friday 1st April! 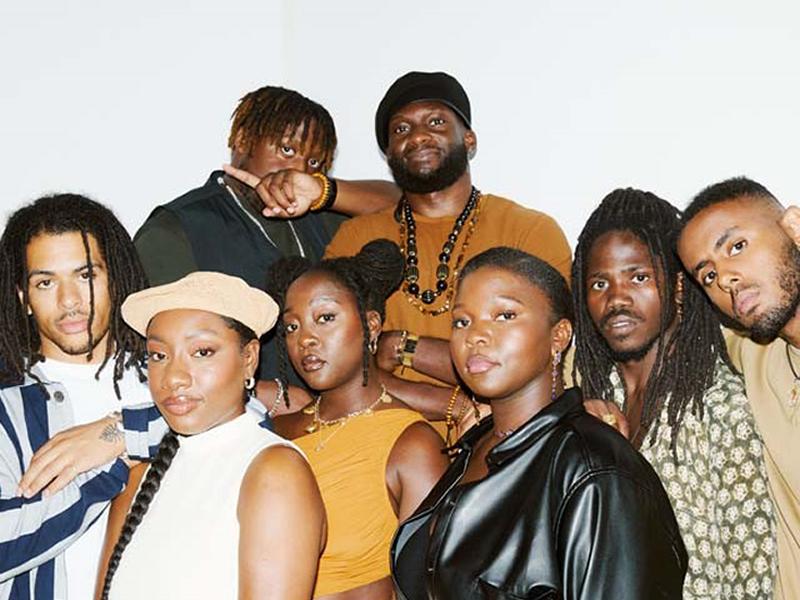 KOKOROKO return with a brilliant new single 'Baba Ayoola' for released on Brownswood Recordings on 11th November 2020, their first single since the sublime 'Carry Me Home' in February that received huge support from BBC 6 Music, 1Xtra, Afropunk, Clash & NPR.

Opening with the elevating vocal harmonies of the front women, Sheila, Cassie and Richie; the song unfolds with delicate rolling drums perfectly melding with the percussive heartbeat to which the keys glide over seamlessly. Enchanting guitar riffs glisten through a melodic baseline, enhanced with bursts of the powerful brass section coalesced with gospel-like harmonies surging towards an exhilarating crescendo. Baba Ayoola was written as a tribute to the grandfather of the band’s alto saxophonist Cassie Kinoshi and is “an invitation to celebrate life”

Winners of ‘Best Group’ at the Urban Music Awards 2020 and lauded in NPR Austin 100 list, and having played many UK/EU Festivals including Glastonbury, Meltdown Festival, We Out Here and BBC6 Music Festival to name a few, they are are looking forward to extending their reach further around the globe in 2020 and beyond. In September 2020 the band made their BBC Proms debut in the Royal Albert Hall.