The amazing Saxophonist Paul Towndrow joins Playtime on December 3rd for a night of inspiring originals and contemporary jazz classics. 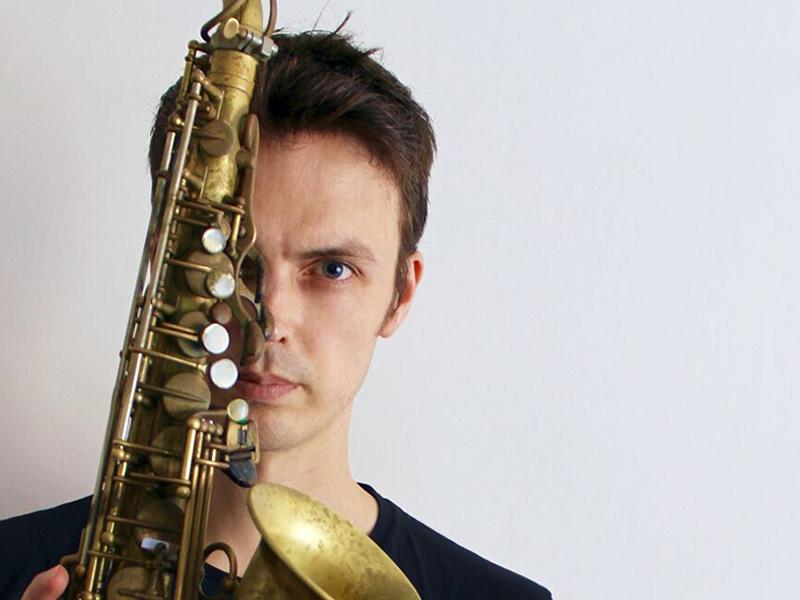 About Playtime with Paul Towndrow

Saxophonist Paul Towndrow is best known as a bandleader of ensembles ranging from duo to sextet. Since 2001 he has been a member of Scotland’s flagship jazz orchestra, The SNJO, and more recently has worked as a composer and saxophonist for the groundbreaking Grit Orchestra.

Performing professionally since the age of 15, and having spent his formative musical years studying on both sides of the Atlantic, Towndrow has become one the UK’s busiest musicians.

Paul has released five solo albums and has appeared as a sideman on many others. Much of his output is released on his own label, Keywork Records which was founded in 2005.

Once described in The Guardian as “A turbo-charged amalgam of all your saxophone heroes”, Towndrow has toured and recorded extensively in the UK and abroad, both under his own-name projects and others, such as with sensational US group The Bad Plus, New York based pianist David Berkman, Venezualan piano virtuoso Leo Blanco, jazz vocalist Kurt Elling, and jazz legend Benny Golson. In 2008 he was selected to tour Europe as part of the new European Colours Jazz Orchestra, a project comprising top jazz musicians from all over Europe.

In 2002 he won The Peter Whittingham Jazz Award resulting in his debut album ‘Colours’, and in 2003, reached the final of The World Saxophone Competition at Montreux Jazz Festival, winning the Public Prize (most audience votes) following his performance with the Geri Allen Trio.

As composer and arranger, Towndrow has written for ensembles of all shapes and sizes including music for TV and radio and arranging commissions for the Scottish National Jazz Orchestra. He has also developed compositional work with the Scottish Chamber Orchestra as part of Serious Productions' Air Time scheme. In 2013 he was commissioned to write music to celebrate 21 years of the London Jazz Festival. In 2014 he was commissioned to compose 'Pro-Am', his debut suite for double big band, to celebrate the Glasgow 2014 Commonwealth Games. Towndrow was commissioned in 2018 to compose a new work for Glasgow's Festival 2018. The result was 'Deepening The River', a 60 minute work for extended multi-genre big band. 'Deepening The River' was subsequently included in the 2019 programme for Celtic Connections Festival, with an studio recording of the suite set for release in mid-late 2019. In 2020 he premiered his first symphonic work 'Declaration' with the Grit Orchestra.

While we take every opportunity to ensure the details for Playtime with Paul Towndrow are accurate, we always advise that you contact the event organiser before setting out for the event to avoid disapointment. All information (whether in text or photographs) is given in good faith but should not be relied upon as being a statement of representation or fact.

This 1 day course is for anyone with an interest in mental health and a desire to help others by having the knowledge to recognise suspected mental health conditions.
Read more

This course is for those interested in understanding and recognising a range of different mental health condition, including signs and symptoms.
Read more

Digital Lecture: Heroines of the Canongate: Women as Urban and Social Reformers in the Edwardian Old Town

Vichaar Manthan is delighted to invite author Amish Tripathi back to our platform on Saturday 23rd January!
Read more

Join Surgeons Hall Museum Curator for a trilogy of talks exploring why poison was the Victorian murder weapon of choice. Part one Arsenic!
Read more

In this playful and sensitive exploration of everyday objects as symbolic communication, metaphors such as a cup half full or treading on eggshells are brought from the page to the stage.
Read more

This talk will examine the history of Scottish expatriates in nineteenth-century Japan and their contribution to the photography networks and communities in their adopted country.
Read more

Tank is a one-woman show combining live performance, UV light, and digital animation. It is part of SNAPSHOTS, a strand of programming at MANIPULATE.
Read more