This exhibition is in collaboration with the Ray and Diana Harryhausen Foundation to celebrate what would have been film special effects superstar Ray Harryhausen's 100th birthday year. 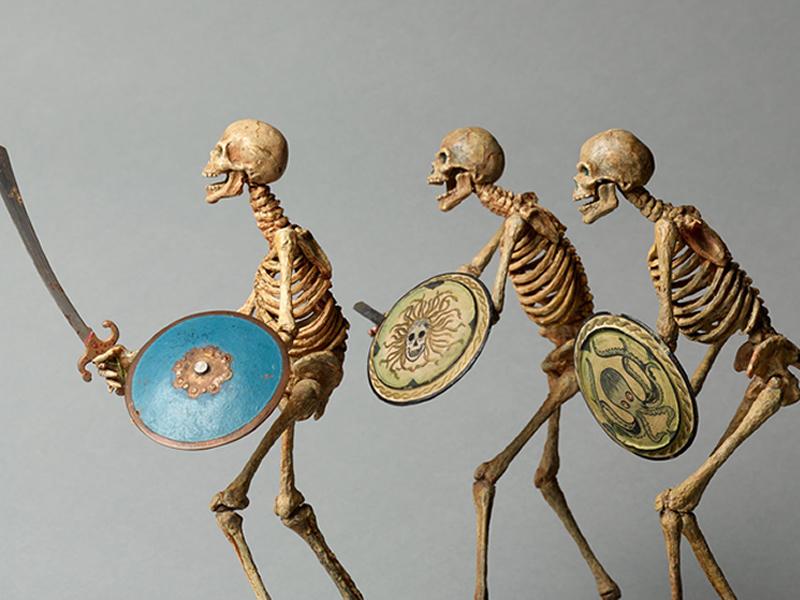 About Ray Harryhausen - Titan of Cinema

Film special effects superstar Ray Harryhausen elevated stop motion animation to an art. His innovative and inspiring films, from the 1950s onwards, changed the face of modern movie making forever. For the first time, highlights chosen from the whole of Ray’s collection will be showcased, which will be the largest and widest-ranging exhibition of his work ever seen, with newly restored and previously unseen material from his incredible archive.

Ray Harryhausen's work included the films Jason and the Argonauts, the Sinbad films of the 1950s and 1970s, One Million Years B.C. and Mighty Joe Young, and a wider portfolio including children’s fairy tales and commercials. He also inspired a generation of filmmakers such as Peter Jackson, Aardman Animation, Tim Burton, George Lucas, and Steven Spielberg, and his influence on blockbuster cinema can be felt to this day.

This exhibition is in collaboration with the Ray and Diana Harryhausen Foundation to celebrate what would have been his 100th birthday year. As part of a series of events and initiatives under the banner #Harryhausen100, this exhibition will be accompanied by screenings, workshops and more, bringing his creations to life once more and celebrating the legacy of a filmmaker who changed the face of modern cinema.

Please note that some of the films explored in the exhibition contain outdated cultural depictions.

Will Maclean: Points of Departure

The exhibition on Will Maclean, one of the outstanding artists of his generation, promises to be a rich visual feast for anyone with an interest in Scottish art and history.
Read more

Enjoy a lunchtime tour every Thursday at 1pm for the Alan Davie: Beginning of a Far-off World exhibition (Raphael is not included). Spaces are strictly limited so this must be pre-booked in advance.
Read more

Bring the family for a great day out at Newhailes House & Garden's as Carhailes returns on Sunday 28th August!
Read more

OMOS is a new art and moving image exhibition that shines a light on Black and Black LGBTQ excellence in Scottish performance.
Read more

After time out with Covid, Monopoly Events brings Comic Con Scotland back to the Royal Highland Centre on 8th and 9th October 2022!
Read more

Dovecot is delighted to presents this major exhibition of inspirational 20th century fashion knitwear in Scotland for the first time!
Read more

The biggest wedding fair on the east coast of Scotland comes to the O2 Academy Edinburgh in November 2022!
Read more