Martin Stephenson and the Daintees bring their tour, in celebration of the 30th anniversary of the classic album Salutation Road, to La Belle Angele on 5th December! 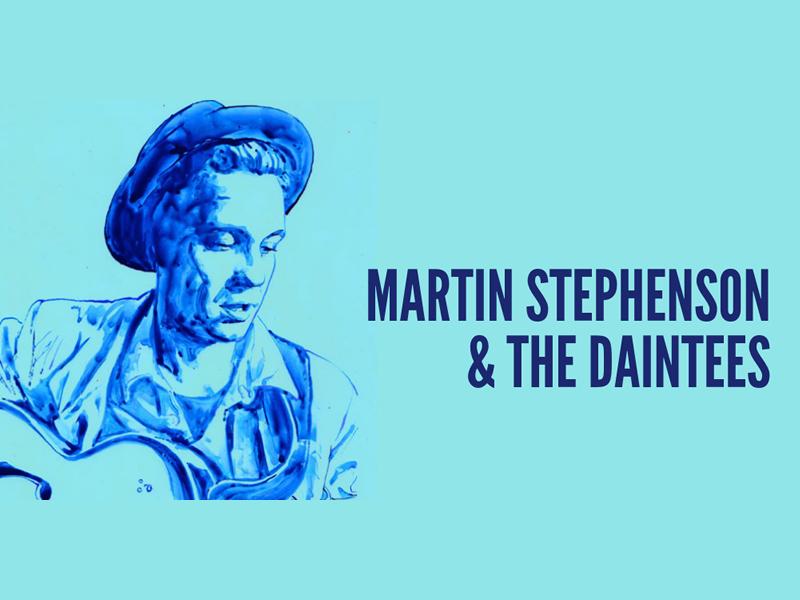 About Martin Stephenson & The Daintees - CANCELLED

AGMP presents MARTIN STEPHENSON & THE DAINTEES + support 'Salutation Road', the 1990 third album from Martin Stephenson & the Daintees celebrates it’s 30th anniversary with a UK tour and the album performed in it’s entirety plus a set of Daintees classics.

Martin Stephenson formed The Daintees in his teens with the deliberate intention of showcasing a broad range of musical styles. Their debut single ‘Roll on Summertime’ was issued by Newcastle’s Kitchenware Records in 1982. It became ‘single of the week’ in Sounds Magazine. Successful and critically acclaimed albums ‘Boat to Bolivia’, ‘Gladsome, Humour and Blue’, ‘Salutation Road’ & ‘The Boy’s Heart’ followed over the decade. Martin Stephenson and the Daintees have performed alongside John Martyn, Aztec Camera, Hothouse Flowers, The Go-Betweens, Del Amitri, Jania Ian, Melissa Etheridge, Indigo Girls and many more.

While we take every opportunity to ensure the details for Martin Stephenson & The Daintees - CANCELLED are accurate, we always advise that you contact the event organiser before setting out for the event to avoid disapointment. All information (whether in text or photographs) is given in good faith but should not be relied upon as being a statement of representation or fact.

The Wolfe Tones are the greatest storytellers of Ireland through music, words and vision, don't miss them live at La Belle Angele on Sunday 8th November!
Read more

Scottish pop-rock band 'Dancing On Tables' are on tour in 2021 and stop off at La Belle Angele in May!
Read more

The Macc Lads are touring in 2021 and stop off at La Belle Angele, Edinburgh on Friday 8th October!
Read more

The Skids have announced a series of unplugged' dates in support of their recent acoustic album, join them for an evening of stories and songs at La Belle Angele on Friday 22nd February 2022!
Read more

EAT ME is a luscious, incendiary theatre show about unconventional love, chaos, control and the shifting complexities of power.

Macsween of Edinburgh, the UK’s most loved haggis brand, brings what it hopes to be the largest Virtual Burns Supper to homes across the globe.

Join Surgeons Hall Museum Curator for a trilogy of talks exploring why poison was the Victorian murder weapon of choice. Part one Arsenic!