After his meteoric rise through the ranks, Scottish Comedy Award winner and viral sensation Gary Meikle is back with his second tour show, Surreal! Catch him at the King's Theatre in October! 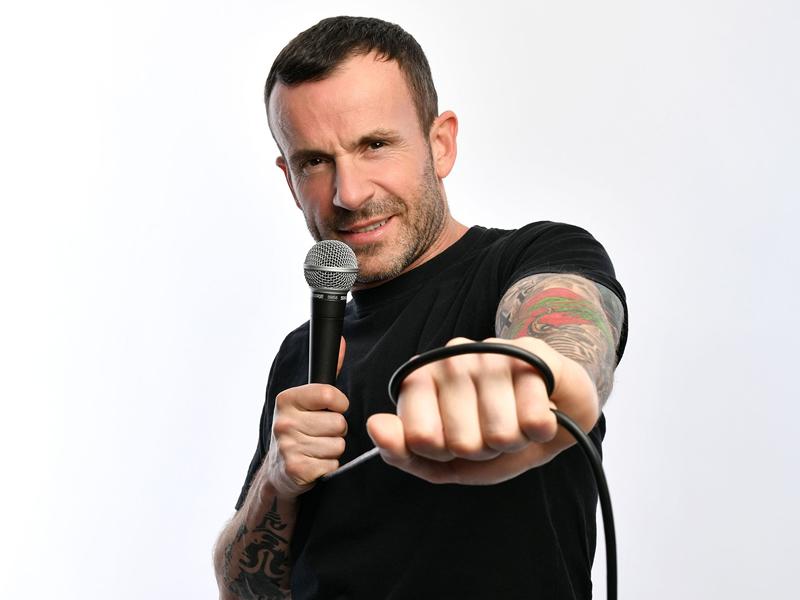 After his meteoric rise through the ranks, Scottish Comedy Award winner and viral sensation Gary Meikle is back with his second tour show, Surreal! A word that perfectly describes Gary’s last twelve months. He started the year performing in comedy clubs, and ended it selling out big theatres in the UK as well as tours in America, Canada and Europe!

Not one for mincing his words, Gary has been described as “playfully dark”. His cheeky chappie nature and ability to get away with talking about anything will have you laughing at things you probably shouldn’t be! As always, Gary will draw material from his own real-life experiences, including his unique family dynamic and his rapid rise to online fame. Quickly putting his audiences at ease, a night of stand up with Gary feels like a night in the pub chatting with friends!

Having performed to tens of thousands of people over the past year, Gary has found a new confidence and level of openness on stage, meaning he doesn’t hold back on giving his opinions, no matter how warped! The new show will cover topics such as evolution, social media, how to deal with burglars, single mums, bee sex, small man syndrome and much more. Gary is a fast paced, punchy storyteller that finds the funny in anything!

Tell Me On A Sunday

Jodie Prenger stars as ‘Emma’, in the 2021 UK tour of Andrew Lloyd Webber and Don Black’s classic musical, TELL ME ON A SUNDAY reprising a role Jodie first brought to life in 2016.
Read more

Levison Wood: The Art of Exploration

Join critically acclaimed author and explorer Levison Wood as he takes to the stage for his third UK tour, The Art of Exploration.
Read more

Following a sell-out 2018 tour,and a 2019 Edinburgh Fringe run that sold out in advance, Phil ‘Philly Philly Wang Wang’ Wang is back on tour with his newest show.
Read more

Multi award-winning Mischief Theatre return to Edinburgh with their brand-new comedy all about growing up.
Read more

The Woman in Black

Don't miss The Enemy, a brand new production from the National Theatre of Scotland, at the King's Theatre Edinburgh between the 20th & 23rd October!
Read more

And Then There Were None

This brand-new production of 'And Then There Were None', the bestselling crime novel of all time, will keep you on the edge of your seat.
Read more

The Legend of Sleepy Hollow

Nothing explores the dark heart of American Gothic better than this classic tale of love, revenge and bone chilling evil! Don't miss The Legend of Sleepy Hollow at the King's Theatre Edinburgh!
Read more

Rise and shine, it's the pantomime of your dreams, as Sleeping Beauty comes to the King's Theatre!
Read more

Take a step back in time to the BBC’s Paris Studios and experience this comedy classic live!
Read more

The Lion, the Witch and the Wardrobe

Direct from London, the acclaimed production of The Lion, The Witch And The Wardrobe is coming to the King's Theatre Edinburgh in February!
Read more

Ed Gamble tours the UK with his new show Electric in 2022 and you can catch him at the King's Theatre Edinburgh on Sunday 20th February!
Read more

The Bohemians present Shrek the Musical, bringing all the beloved characters you know from the film to life and proving there's more to the story than meets the ears!
Read more

Allan Stewart has decided to bring his Big Big Variety Show back to the King's Theatre Edinburgh in March. Expect sketches, music and surprises!
Read more

Nick Knowles and Neil Oliver – Does History Repeat Itself?

It is time to meet the common folk as Nick Knowles and Neil Oliver turn the spotlight on those who gave their all for the Britain, we know today.
Read more

The blockbuster story that captivated the world is now an epic stage thriller, don't miss it when it comes to the King's Theatre Edinburgh in April 2022!
Read more

Iain Stirling is taking his 'extremely funny' comedy back on the road for his biggest ever nationwide tour, don't miss him at the King's Theatre Edinburgh on 10th April 2022!
Read more

Orphans is a darkly comic musical about family, grief and forgiveness, don't miss the stage adaption of the multi award-winning cult film by Peter Mullan when it comes to the King's Theatre in April!
Read more

Prepare for the brand new Peppa Pig live show when it comes to the King's Theatre Edinburgh, packed full of songs, games and laughter, it really is the best day ever for Peppa Pig fans!
Read more

A Murder is Announced

It's time to stop 'lion' around, pack up your 'trunks', be a 'snappy dresser' and get up to some 'monkey business' because FUNBOX are having a JUNGLE PARTY in Edinburgh - and you're all invited!
Read more

Shaparak Khorsandi - IT WAS THE 90s! (WIP)- is a show about how 90s kids now look to young people to learn how to take care of ourselves.
Read more

Just These Please: No Worries If Not

Just These Please are back at the fringe with 25 sketches and songs in 55 minutes. They will blow your mind from a safe distance!
Read more

Jay switches off Zoom, changes out of her loungewear and prepares to say something more than 'cheers, Amazon man'. It's been a year and half and we all have some catching up to do.
Read more

Henning Wehn: It’ll All Come Out In The Wash

Watch Henning give everything a good rinse and witness him wring sense out of the nonsensical at Edinburgh Corn Exchange in August!
Read more

A Play, A Pie and A Pint: Chic Murray - A Funny Place for a Window

A Play, A Pie and A Pint returns to Edinburgh this summer with Chic Murray - A Funny Place for a Window.