Embark on a theatrical journey into books, bringing stories to life through a mix of performance, music and discussion.

Embark on a theatrical journey into books, bringing stories to life through a mix of performance, music and discussion. Our partnership with the Royal Lyceum Theatre Edinburgh continues for a third year with special one-off interpretations of three books that we think are new cult classics, led by incredible playwrights. Linda MacLean takes on Miriam Toews’s stunning Women Talking; Graham Eatough works with David Keenan’s story of postpunk youth in a small Scottish town, This is Memorial Device; and David Greig takes us on a camper van odyssey through Britain with Charlotte Higgins’s Under Another Sky. Alongside these, James Robertson and Aidan O’Rourke present their groundbreaking project of words and music, 365; an extraordinary premiere performance of the late Tom Leonard’s Mother Courage is led by Scottish actor Tam Dean Burn, and The Divan Sessions offers an astonishing line-up of international poetry.

This is Memorial Device by David Keenan
A THEATRICAL EXPLORATION
Saturday 10 August 15:30 - 17:00
Early 1980s Scotland: a former mining village just east of Airdrie whose main employer is the banana warehouse. This is the setting for David Keenan’s achingly evocative fictional history of local post-punk band Memorial Device. It’s a hallucinatory love letter to the shipwrecked youth of this Central Belt hinterland whose lives contained little other than music – and Benny’s chip shop. In partnership with the Royal Lyceum Theatre Edinburgh and writer-director Graham Eatough we present a theatrical response to Keenan’s cult hit, featuring live music from Stephen McRobbie, from Glasgow band The Pastels. After the 45-minute performance, the creative team is joined on stage by Keenan to discuss This is Memorial Device.

Aidan O’Rourke, James Robertson & Kit Downes
365 STORIES, EACH WITH A TUNE
Saturday 10 August 17:00 - 18:00
In 2013, James Robertson wrote a story every day of the year, each 365 words long. Then, Scottish fiddler Aidan O’Rourke wrote a tune a day as a musical response. 2019 marks the next chapter: O’Rourke launches Volume 2 of the music; the trio created a new commission for the New Music Biennial; and we launch an ambitious installation collecting all the voices and songs, which you can experience in our Bookshop on George Street before it tours the country. Join the creators of 365 Stories to hear their extraordinary work. Supported by the PRS Foundation’s New Music Biennial.

Celebrating Hamish Henderson
HAMISH MATTERS
Wednesday 14 August 18:00 - 19:30
Celebrate the centenary of international icon Hamish Henderson's birth through his words and music, performed by a specially assembled collection of renowned singers and musicians. The Darg, an anthology of poetry inspired by Henderson and his many causes, is being launched at the Festival by The Poets' Republic Press. Join musicians Steve Byrne, Hamish and Iain McGregor, Aileen Ogilvie, Pipe Major Callum Douglas, and poets including Robin Robertson, Hugh McMillan, Stuart Paterson, Magi Gibson, Neil Young and Marcas Mac An Tuairneir. Hosted by poet Jim Mackintosh.

Mother Courage and her Children
TOM LEONARD’S TRANSLATION OF A BRECHT CLASSIC
Wednesday 14 August 20:45 - 22:15
One of Scotland’s most influential poets, Tom Leonard died last December at the age of 74. In this special premiere of his last major work, actor Tam Dean Burn produces and performs Leonard’s moving translation of Bertolt Brecht’s 1939 anti-war play, Mother Courage and her Children. Here, Mother Courage is a working-class woman from the west of Scotland, one of a cast of eight characters. And what in Brecht’s original play was the Thirty Years War of the 17th century has become our all-too-contemporary War on Terror.

From Page to Stage with Francesca Simon
FAMILIES & 10+
Friday 16 August 15:45 - 17:00
Francesca Simon’s darkly humorous novel The Monstrous Child, about a teen Goddess of the Underworld finding her place, has been adapted into a stunning theatrical spectacle by The Royal Opera. Today is your chance to hear some of the music performed live by soprano Marta Fontanals-Simmons. Francesca and Marta are joined by composer Gavin Higgins to discuss taking the book from page to stage.

Under Another Sky by Charlotte Higgins
A THEATRICAL EXPLORATION
Saturday 17 August 13:45 - 15:15
When Guardian chief culture writer Charlotte Higgins set out to explore the Roman occupation of Britain, not only did she embark on a work of serious history: she began a personal odyssey with her partner (and fellow classicist) in his ageing VW camper van. The hugely entertaining result, Under Another Sky, offers clues about the origins of Britain’s current political landscape. In partnership with Edinburgh’s Royal Lyceum Theatre and playwright David Greig we present a theatrical response to Higgins’s triumphant work of non-fiction. After the 45-minute performance, the actors, musician and director are joined on stage by Higgins to discuss – among other things – how the Caledonians viewed the Roman invaders.

Annville with Heather Spears & Martin Travers
KILLINGS IN KIRKFIELDBANK
Sunday 18 August 16:00 - 17:30
In 1883, Willie Brown murdered his cousin Charlotte Spears and maid Katie Cameron, before committing suicide in Annville House near Lanark. One of Scotland’s greatest tragedies has been told in Annville, a new Scots play by Martin Travers, adapted from The Flourish by Canadian novelist Heather Spears. Travers and Spears are joined by Scots Scriever Dr Michael Dempster to discuss the story, along with a cast of actors who read key scenes, plunging us into Scotland’s dark past.

Adapting Dr Jekyll and Mr Hyde
AGE 12+
Monday 19 August 19:00 - 20:15
Dougie Irvine, Artistic Director of Visible Fictions Theatre Company, and Oscar Silva, Portuguese director and theatre maker, give you a fascinating insight into their collaborative dramatic and bilingual adaptation of Robert Louis Stevenson’s seminal Gothic novella Dr Jekyll and Mr Hyde. They talk about the development process and use of different languages, and they present some scenes. A must-see for those intrigued by the process of taking a book from page to stage.

Adapting Dr Jekyll and Mr Hyde
AGE 12+
Tuesday 20 August 19:00 - 20:15
Dougie Irvine, Artistic Director of Visible Fictions Theatre Company, and Oscar Silva, Portuguese director and theatre maker, give you a fascinating insight into their collaborative dramatic and bilingual adaptation of Robert Louis Stevenson’s seminal Gothic novella Dr Jekyll and Mr Hyde. They talk about the development process and use of different languages, and they present some scenes. A must-see for those intrigued by the process of taking a book from page to stage.

Women Talking by Miriam Toews
A THEATRICAL EXPLORATION
Saturday 24 August 18:00 - 19:30
‘Brave’, ‘scorching’, are words used about Miriam Toews’s unforgettable story of oppression and resistance in a Bolivian Mennonite community, Women Talking. Now it’s been optioned by Brad Pitt’s film company for a movie. Ahead of that, we’ve partnered with Edinburgh’s Royal Lyceum Theatre and playwright Linda McLean to produce a theatrical response to this classic of feminist fiction. After the 45-minute performance, the creative team is joined on stage by Toews herself for a discussion about the ideas in the book. In partnership with the Toronto International Festival of Authors, this event will also be presented in Canada in October.

Last Lines
THE END
Monday 26 August 20:30 - 21:30
We may remember the first line of a novel, but what about the last? In this celebration of great endings, we’ve partnered with The Hebrides Ensemble and challenged composers Linda Buckley, Matthew Grouse, James MacMillan, Pàdruig Morrison and Gareth Williams to respond musically to our audience's favourite last lines. Hear an exclusive live performance from the Ensemble as you learn which five lines have been chosen.

While we take every opportunity to ensure the details for Edinburgh International Book Festival Themes: Playing with Books are accurate, we always advise that you contact the event organiser before setting out for the event to avoid disapointment. All information (whether in text or photographs) is given in good faith but should not be relied upon as being a statement of representation or fact. 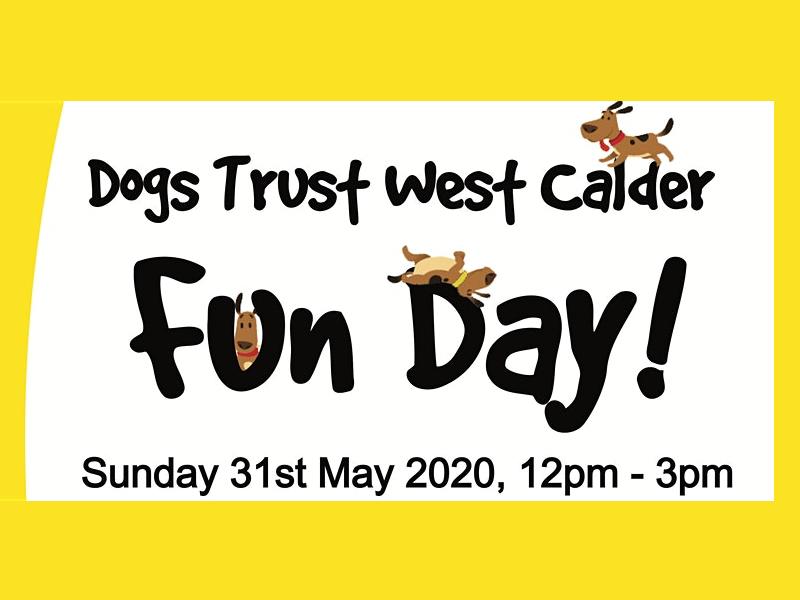 31st May 2020
NA, Broxburn Dogs Trust West Calder's popular annual Fun Day is returning on Sunday 31st May, offering the perfect chance for you to show off your pooch! 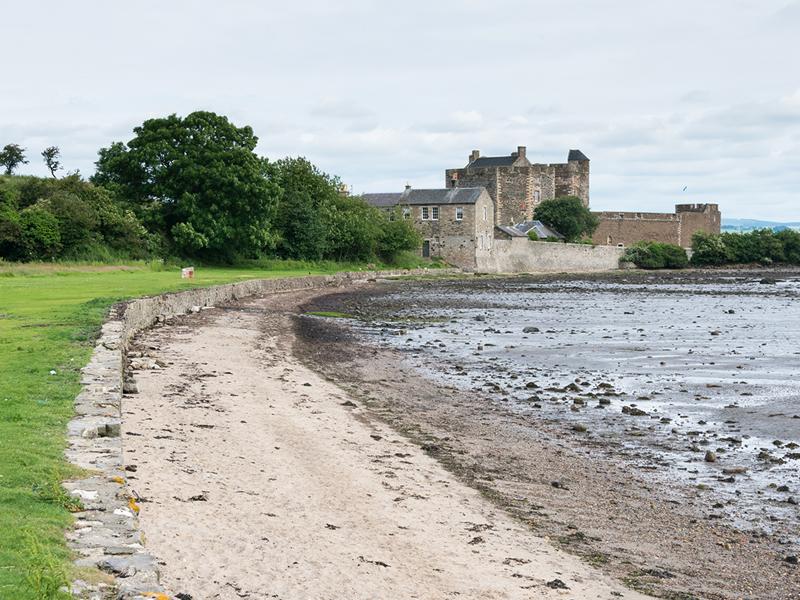 31st May 2020
Blackness Castle, Blackness Explore the shore with Anna Canning from Floramedica and find out about some of the ancient natural remedies that can be found around Blackness Castle! 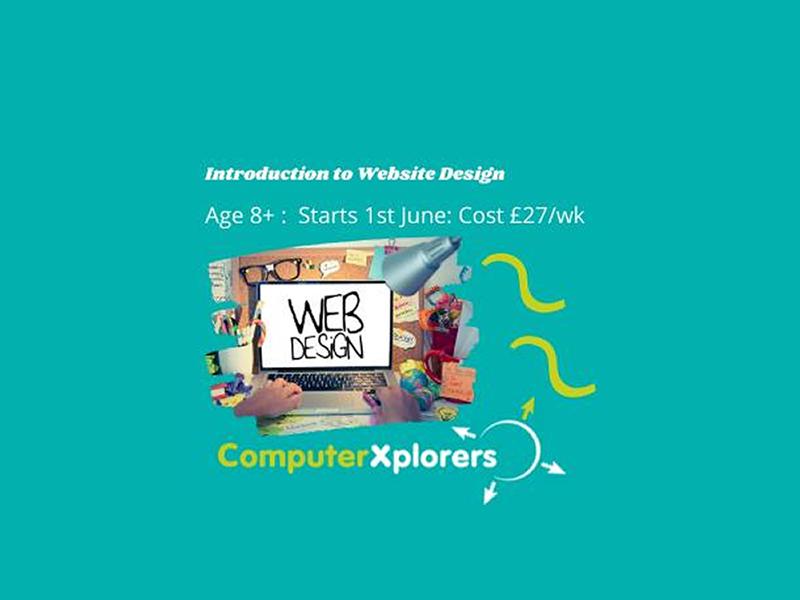 1st Jun 2020 - 5th Jun 2020
NA, Online Event Edinburgh Build your own website to share your thoughts, videos, music and images and much, much more in this online course for ages 8+ run by ComputerXplorers SEScotland! 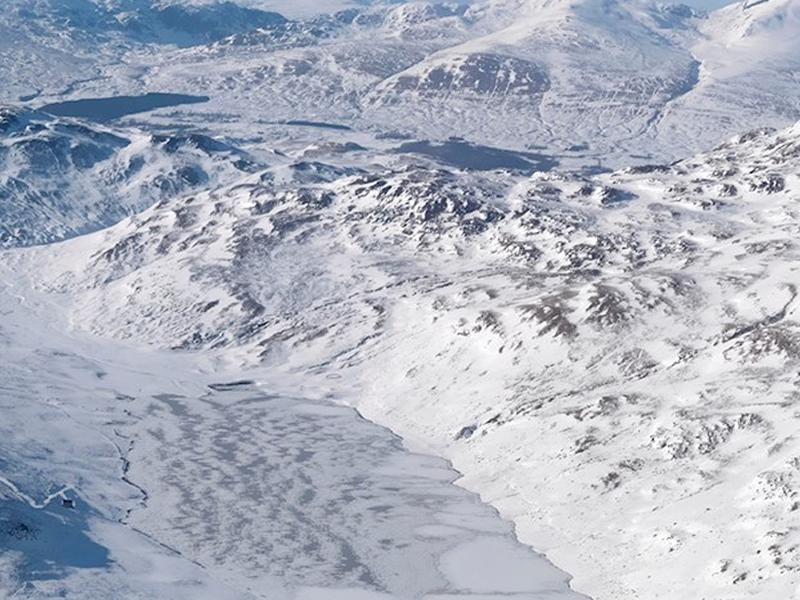 Then and now: Investigating Scotland From The Sky - POSTPONED 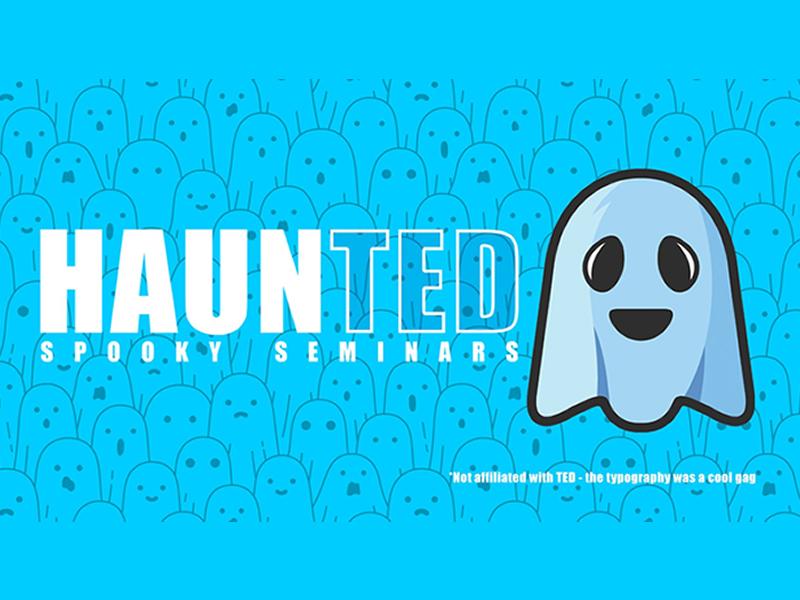 16th June 2020
The Banshee Labyrinth, Edinburgh Old Town Would you like to know more about the dark side of life, the universe and everything in a fun, interactive environment? Then the HaunTED talks are for you! 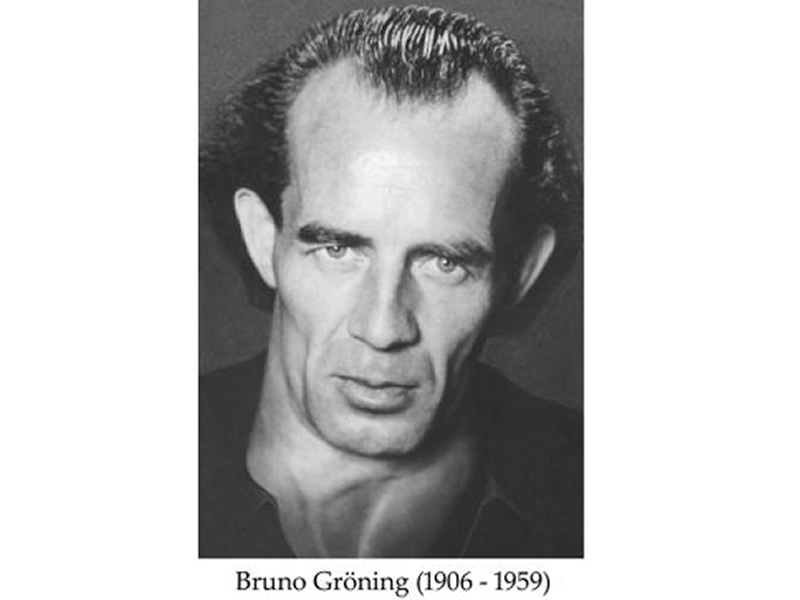 Information Lecture: Help and Healing on the Spiritual Path through the teaching of Bruno Groening - POSTPONED

21st June 2020
NA, Edinburgh South A lecture about spiritual healing and help through the teaching of Bruno Groening is taking place at the Salisbury Centre, Edinburgh. 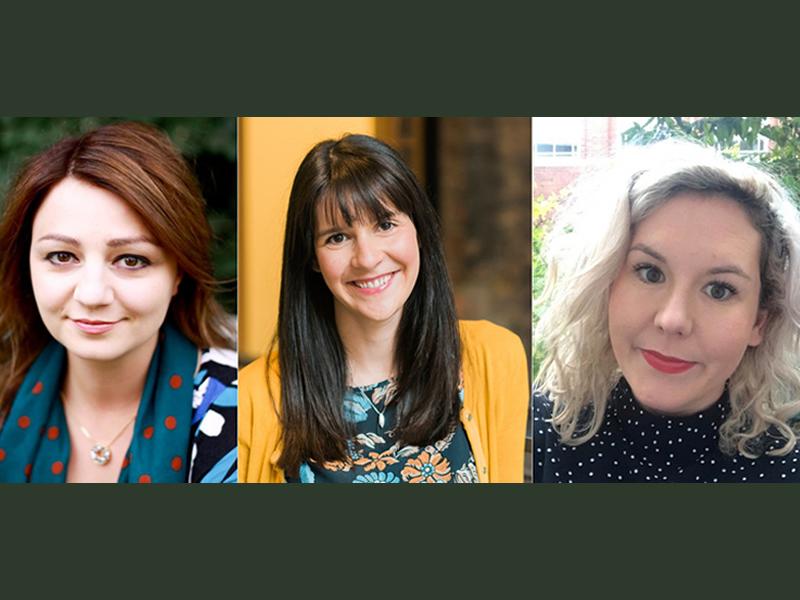 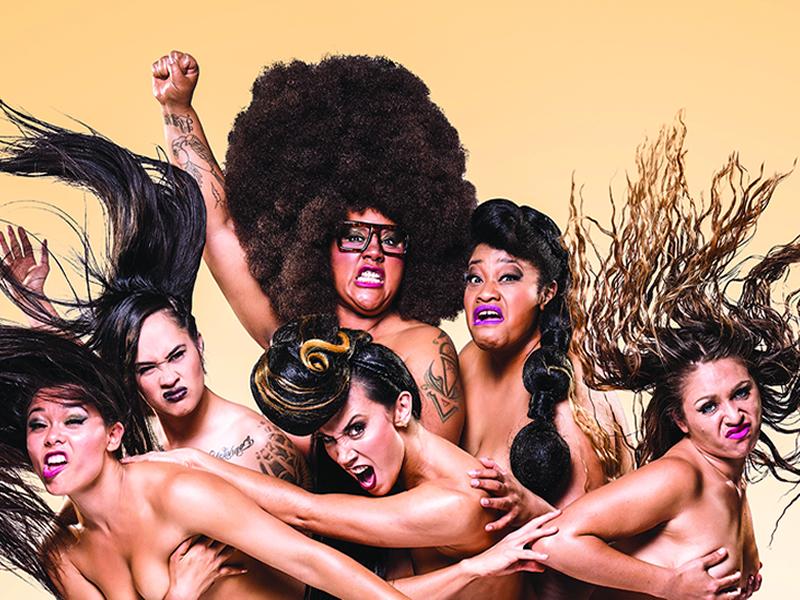 3rd Jun 2020 - 6th Jun 2020
Traverse Theatre, Edinburgh West The Honeys will make you laugh til you cry, you’ll clap your hands til they bleed and you’ll shake every part of what your mama gave you!