As the Edinburgh Mountain Film Festival (EMFF) returns in February after a longer-than-normal two-year break, you might feel that you’ve aged since the last event [2018]. Or maybe your kids have just grown up quickly. Maybe both! Don’t worry, you’ll feel more inspired than ever after watching the incredible films at Edinburgh’s longest-running adventure film festival, as adventurers (very) young and (very) old star in the films on the big screen!

The 16th Edinburgh Mountain Film Festival is being staged, as always, at Gordon Aikman Lecture Theatre (formerly known as the George Square Lecture Theatre) in Edinburgh from Saturday 15 to Sunday 16 February 2020. Tickets for the popular festival start at £5 and are on sale now at www.emff.co.uk with the organisers reporting that tickets are already selling fast.

Among the many highlights, you might well find that it’s the young and old athletes who capture your imagination, and possibly even your heart. The posse of mountain bikers from Whistler, aged 11-14, have got attitude and skills to match. And while 11 year-old Kai Jones might get turned away from the cinema, he’s made very welcome on the extreme terrain at his local ski hill! Murray, the 4-year old skier on the slopes of Aonach Mor at Nevis Range, has boundless enthusiasm but it will most likely be the courage and wisdom of 97-year old runner George Etzweiler which makes you smile.

Of course, there are also athletes in the ‘expected age bracket’ doing incredible things. Skiers drop fearsome-looking lines in Alaska, and sketchy gullies in the West Highlands. A female climber scales apparently blank rock faces using holds the size of a pinhead, without ropes! Mountain bikers scream down impossible routes. Then there are the parkour athletes, on a stomach-lurching rooftop race in Paris (don’t try this on your holidays). And have we mentioned the blind man attempting to lead-climb the Old Man of Hoy sea stack on Orkney?

As well as the films, the festival welcomes three speakers to the stage to share tales of their incredible journeys. Jenny Graham, from Inverness, tops the bill as she recounts her world-record breaking unsupported cycle around the world. Navigating tornados, bears and Russian traffic, Jenny offers a humorous take on the highs and lows of her 18,000 mile adventure.

And then there’s Anna McNuff, fresh and blister-free after her 2,620 mile barefoot run through Britain. As well as setting her feet free, she used to walk to inspire young women to have their own adventures. All of which might make Leon McCarron’s 1,000 mile walk seem a bit ... pedestrian? But it took him through the heart of the Holy Land at a pace which allowed him to truly meet the people and understand the challenges of that region. With global tensions rising, his insights will seem all the more relevant today.

Stevie Christie, Festival Director, is excited by the personal nature of the films chosen for EMFF 2020, as well as the sheer spectacle of the action: "We have some very special films this year. The ones which stand out from the programme are awesome … but they won’t necessarily be your favourites. We’re privileged to watch the protagonists share personal insights, the highs and lows of doing what they love, and how that impacts them – as well as lots of incredibly skilled and daring antics! Meanwhile the speakers will each bring something different and are guaranteed to leave you entertained, enlightened and inspired.”

The festival, staged in association with Tiso and Mountain Equipment, expects big numbers from the climbing, cycling, snowsports, running, kayaking, adventure sports, outdoor photography and filmmaking communities; as well as those who love the outdoors, travel and mountain adventure. From small beginnings in 2003, it has grown to be one of the most popular and dynamic events in Scotland’s outdoor adventure calendar, attracting in excess of 2,000 outdoor enthusiasts annually.

While we take every opportunity to ensure the details for Edinburgh Mountain Film Festival are accurate, we always advise that you contact the event organiser before setting out for the event to avoid disapointment. 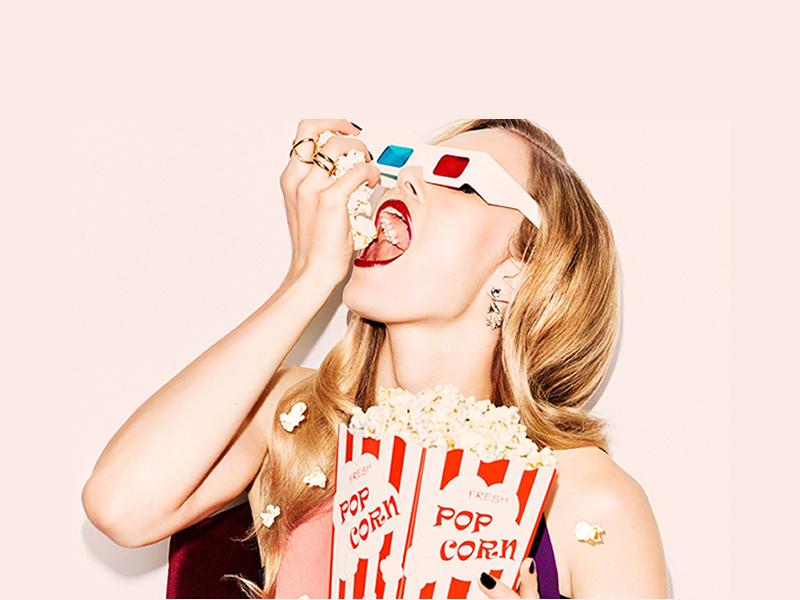 25th February 2020
Harvey Nichols, Edinburgh New Town Harvey Nichols has a new series of Movies & Shakers events for the first few months of 2020, from Back To The Future to The Usual Suspects, so come along and enjoy a great night out! 26th February 2020
The Brunton Theatre, Musselburgh Ordinary Love, starring Liam Neeson and Lesley Manville, is a moving ode to the power of love in the face of life-changing news.

The Edinburgh Festival of Sound 2020

The Edinburgh Festival of Sound brings together a community of like-minded audio enthusiasts for a weekend of talks, workshops, exhibits and live performances diving deep into Sound & Technology!

The Cocoabean Company is coming to Dobbies Garden Centre Edinburgh on Saturday 22nd February with a unique and interactive experience for children and adults that is truly unforgettable!